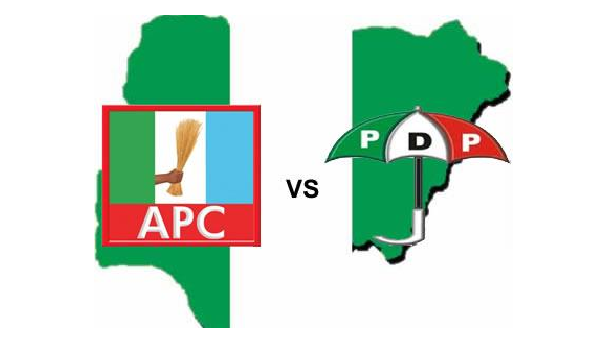 The All Progressives Congress (APC) has accused the presidential candidate of the Peoples Democratic Party (PDP) Atiku Abubakar, and his party of being carefree and insensitive about the death of some soldiers in the Nigerian Army.

The new Waziri of Atiku, has commented on the death of soldiers in Boko Haram attacks while his party alleged that Mansur Dan-Ali, minister of defence, diverted funds for the military to the APC campaign.

In a statement on Tuesday, Lanre Issa-Onilu, APC spokesman, said the comment of the PDP is “callous and insensitive to the families and dependants” of the late soldiers.

“The allegations by the PDP that military funds have been diverted to finance the 2019 election campaigns of the APC is a sad reminder of the evil and retrogressive practices the PDP was notorious for during its defunct rule,” Issa-Onilu said.

“God forbid that the APC inherits and apply such morbid practice as brazenly displayed during the immediate past PDP administration where funds allocated to fight the Boko Haram insurgency in the north-east were shared among PDP leaders and their cronies.

“It is clear that the PDP and its presidential candidate, Alhaji Atiku Abubakar have decided to dance on the graves of our valiant and patriotic soldiers by politicising their deaths in the recent Boko Haram attack on the Nigerian army Metele base.

“The PDP and Atiku are playing desperate politics where even the blood of our fallen heroes is fair game. Their actions are callous and insensitive to the families and dependants of the late soldiers and indeed our military which battles daily to ensure our territorial integrity.

“Nigerians see through PDP’s ploy to score political points as elections approach and it will surely backfire. While the APC mourns the death of our military and other security personnel who have lost their lives in the line of duty, we urge them to remain focussed on the brave task of securing the nation.

“The President Muhammadu Buhari-led APC administration remains solidly committed to bringing lasting peace and security to all parts of the country and ensuring that previously displaced persons are rehabilitated to resume their normal and productive lives.”

Atiku, PDP, “callous and insensitive to the families and dependants” of Late Soldiers – APC was last modified: November 27th, 2018 by Damilare Salami