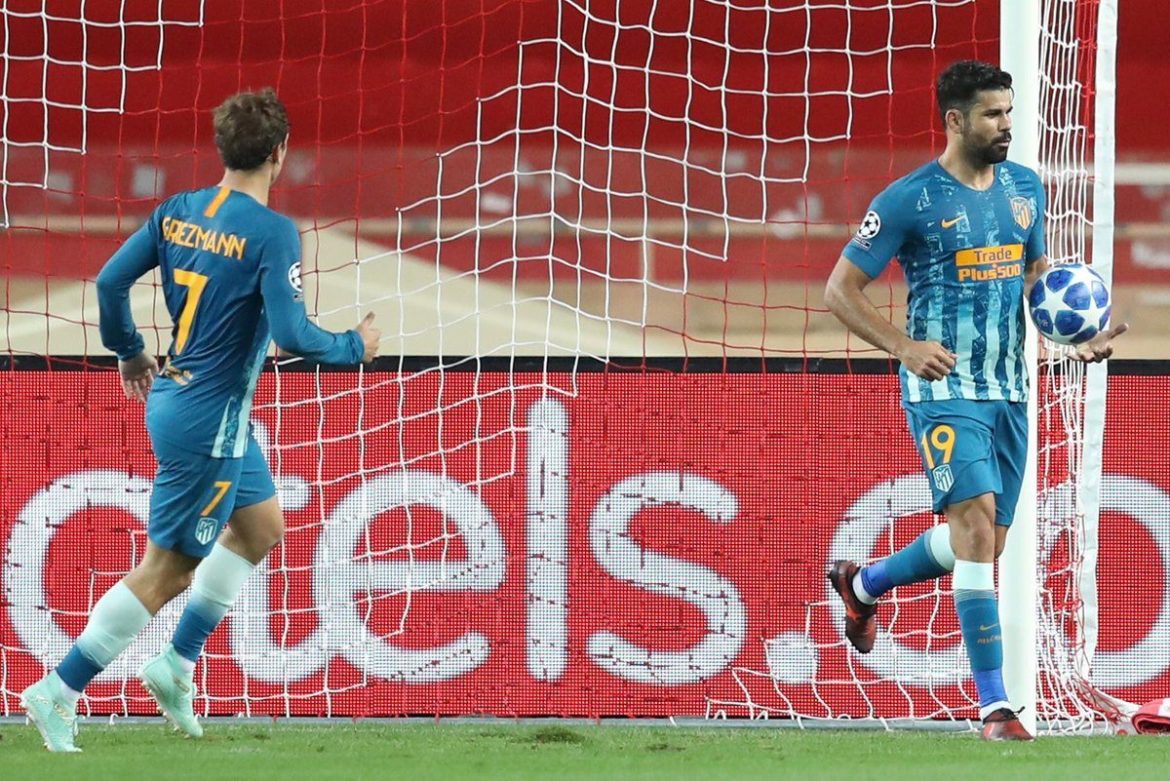 Atletico Madrid came from behind to beat Monaco in their Champions League Group A opener.

Samuel Grandsir poked in an opener for the hosts after defensive mistakes from both Saul and Angel Correa.

Diego Costa converted Antoine Griezmann’s excellent pass to level and Jose Gimenez headed in Koke’s corner to give the visitors the lead.

But Atletico, with boss Diego Simeone in the stands, were almost pegged back late on when Kamil Glik headed wide.

The Argentine was serving the final game of a four-match European touchline ban dating back to last season’s Europa League semi-final tie with Arsenal.

Winger Thomas Lemar, a £62m summer signing from Monaco, got a good reception when he came on in the second half for Atletico.

Atletico – whose Wanda Metropolitano ground hosts this season’s final – are looking to avoid a repeat of last year when they went out in the group stages.

In the other game in Group A, Borussia Dortmund beat Club Brugge 1-0 thanks to Christian Pulisic’s fortunate late winner on his 20th birthday. Dortmund’s English teenager Jadon Sancho made his Champions League debut in the match.

Last year’s finalists Liverpool beat Paris St-Germain 3-2 thanks to a late Roberto Firmino in the other Group C game.

FC Porto goalkeeper Iker Casillas became the first player to feature in 20 different Champions League campaigns as they drew 1-1 with Schalke in Group D. In the other game in that group, Galatasaray beat Lokomotiv Moscow 3-0.

In the early Group B kick-offs, Barcelona beat PSV Eindhoven 4-0 with a Lionel Messi hat-trick and Inter Milan scored twice in the last five minutes to beat Tottenham 2-1.

Atletico Madrid Come From Behind To Poke Monaco 2-1 In UCL was last modified: September 19th, 2018 by Damilare Salami