Home News Why I was attacked at Adeleke’s funeral – Aregbesola’s aide, Babalola
News

Why I was attacked at Adeleke’s funeral – Aregbesola’s aide, Babalola 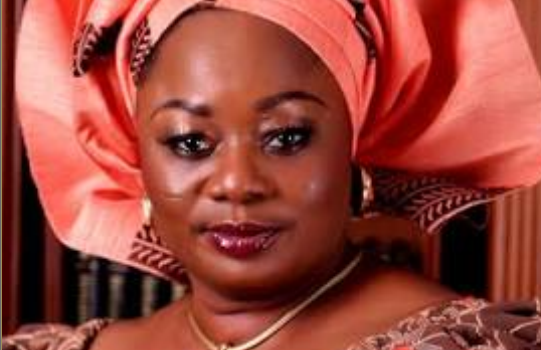 An aide to Governor Rauf Aregbesola who was attacked at the burial of late senator, Isiaka Adeleke, on Monday, Idiat Babalola, on Tuesday said her attackers picked on her simply over unfounded rumours that she wants to be deputy governor after the current tenure of the governor.

Ms. Babalola, who was attacked shortly after arriving the venue of the burial, said she sensed trouble when some of the hoodlums started to make utterances which suggested that her rumoured deputy governorship ambition was to checkmate the governorship ambition of the late senator, who had openly declared his intention to succeed Mr. Aregbesola in 2018.

Explaining further, Ms. Babalola, who served in the last cabinet as Special Adviser to the Governor on Federal Matters, said her attackers could not have been acting over anything against Governor Aregbesola but simply on the local politics of Ede, where she also hails from just as the late Mr. Adeleke.

“I am a proud daughter of Ede and Uncle Isiaka has been a mentor and we never had any disagreement till the news of his death was broken to me while in Lagos on Sunday morning. I was heartbroken and immediately cut all my other engagements and came down to Ede from Lagos.

“We worked together with Uncle for the re-election of Governor Aregbesola in 2014 and for his own election into the Senate in 2015.

“Those who masterminded the attacks on me are people with poor understanding of the relationship between us and who act based on their own political permutations only,” Ms. Babalola said .

She explained that she was at the burial in company of her father, S. Babalola, a prominent industrialist who is also a friend to the late father of Mr. Adeleke.

“Not long after we sat down for the prayers, I sensed some hoodlums saying some things like I wanting to be deputy governor while Uncle (Senator Adeleke) has declared his ambition to be governor from the same Ede. I heard them talking about the new caretaker committee members being more of my loyalists than those of Senator Adeleke. And before we knew it, they grew more daring and unruly and brought down the canopy on the dignitaries present. It was the most unruly and irresponsible act I have seen in our land in history,” Ms. Babalola said

She said it was unfortunate that the unruly behaviour of the miscreants robbed a prominent son of Ede, the state burial that he deserved and which state government planned for him.

“That cannot be the best way to honour he memory of Uncle Adeleke. Senator Adeleke was a man of his people; a lover of peace and a political associate of Governor Aregbesola. Senator Adeleke could not have countenanced such misconduct in his lifetime,” she added.

She said there is no reason for the people of Ede, in spite of their political differences, to have any misgiving against Mr. Aregbesola saying that the city has benefitted immensely under the Aregbesola administration. She said with Ede being a beneficiary of the some of the best schools, roads, industrialization, youth employment and others, the city owes the administration appreciation.

Ms. Babalola expressed appreciation to the Governor of Ogun State, Ibikunle Amosun, whom she said dropped the honour of being a governor to practically engage the hoodlums not to carry out their more dastardly plots.

Why I was attacked at Adeleke’s funeral – Aregbesola’s aide, Babalola was last modified: April 26th, 2017 by Daniji Emmanuel