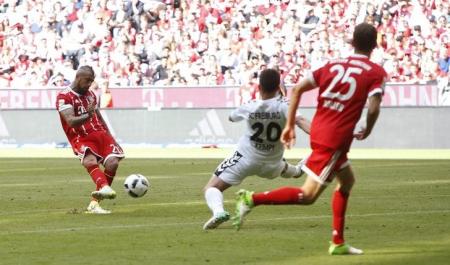 Bayern Munich will take on Liverpool and Atletico Madrid will face Napoli in the pre-season Audi Cup in Munich on Aug. 1, the German champions said on Thursday.
The four-team tournament will be played over two days with the winners of the pairings advancing to the Aug. 2 final.
Bayern, who won a fifth consecutive league crown, will kick off their preparations for the new season on July 1 and will go on a four-match Asian tour before the tournament in Munich.
Napoli and Atletico, who both finished third in their respective leagues. will play in the Champions League group stage next season while Liverpool, fourth in the Premier League, goes into the competition’s qualifying round.