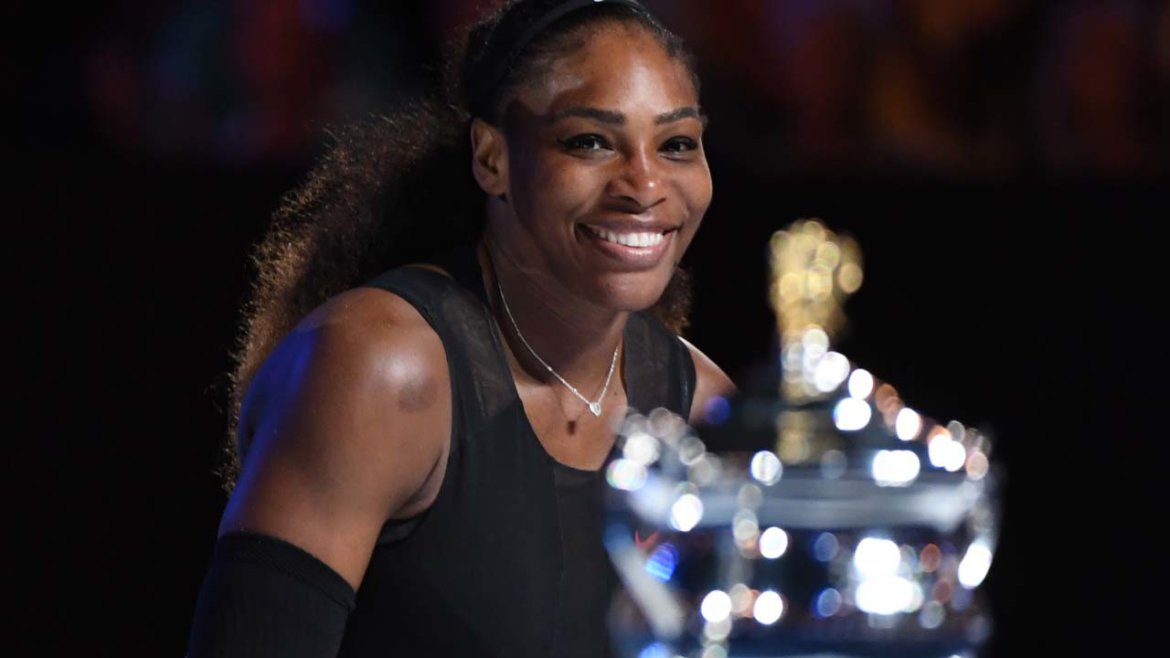 Serena Williams rewrote history Saturday to surpass Steffi Graf and capture a record 23rd Grand Slam title as well as the world number one ranking by beating her sister Venus in the Australian Open final.

The dominant American swept past her greatest rival 6-4, 6-4 on Rod Laver Arena for her seventh Melbourne Park crown to finally clinch the record for Open-era major titles, nearly 18 years after winning her first.

The 35-year-old, who equalled Graf’s mark of 22 at Wimbledon last year, now stands just one behind the all-time 24 won by Margaret Court, who was in the president’s box to witness Williams’ feat.

Her astonishing achievement also means she again becomes the world’s top-ranked player, ending the brief stay of Angelique Kerber who knocked Williams off the top after three-and-half years in September last year.

Fittingly, her sister and closest confidante Venus was on the other side of the net to share the moment, another chapter written in their long rivalry.

It was Venus — still, a teenager with beads in her hair — who knocked Serena out in round two on her Grand Slam debut in Melbourne 19 years ago, and they have since played nine major finals together, living each other’s highs and lows.

At 36 and seeded 13, Venus had turned back the clock to make her first Grand Slam title match since Wimbledon in 2009, but adding to her seven major successes was not to be.

Showing the single-mindedness that has propelled her to greatness, a focused Serena, seeded two, overcame a scratchy and nervous start in which all four opening games were breaks and when she smashed a racquet in frustration.

But she soon settled to get a decisive break to go 4-3 in front with an unstoppable backhand and served out the set with an ace.

Serena was fired up and after the first two games of the second set went to serve, she worked three break points in the third only for her sister to negotiate her way out of trouble with some big forehand winners.

The tense battle went with serve to 3-3 before Serena cranked up the pressure to break with a scintillating crosscourt backhand and take a 4-3 lead.

With history beckoning, she wasn’t about to throw it away and she served out the match, falling to the floor in celebration before a long embrace with Venus to share the biggest moment of her career.

Serena Williams started playing tennis on potholed courts in one of America’s most notorious gangland neighbourhoods, but against the odds, she has risen to become arguably the best player in the sport’s history.

It hasn’t been an easy journey in a white-dominated sport steeped in tradition, but Williams has pursued her goals with a determination just as fearsome as the raw power with which she plays her shots.

Strong but also quick, ruthless and fiercely competitive, Williams has been at the top for a generation, since she beat Martina Hingis aged 17 in the 1999 US Open final.

So often she has been more or less unbeatable, and even at the age of 35 she remains the favourite whenever she plays, her capacities not noticeably diminished.

Along the way she has been world number one for a total of 309 weeks — a span of nearly six years — and won major titles against some of the greats: Hingis, Lindsay Davenport, Maria Sharapova, Justine Henin and of course, her sister Venus.

Venus, 14 months older at 36, is her greatest rival and she can also take much credit for her success after so many years touring and practising together and encouraging each other.

But it’s a lopsided head-to-head: out of their nine major finals, Serena has won seven and her overall win-loss record against her big sister is 17-11.

In a sign of her dominance, Williams has a winning career record against all 14 players she has beaten in major finals, including her towering 19-2 against Sharapova.

After surpassing Steffi Graf’s record of 22 major titles in the post-1968 Open era on Saturday, there’s little else for Williams to achieve, barring Margaret Court’s all-time record of 24 which will surely soon be hers.

But don’t bet against the newly engaged Williams, showing a refreshingly carefree spirit this year, also sealing the calendar-year Grand Slam which narrowly eluded her in 2015.

– ‘Prepare for the unexpected’ –

It’s all a long way from the pitted courts, sometimes missing nets and with gunshots audible nearby, of Compton in Los Angeles, where Williams practised with Venus from the age of five.

The youngest of five daughters was drilled intensely by her father, former sharecropper Richard Williams, who was happy to let schoolchildren hurl insults at his girls as they played.

“In order to be successful you must prepare for the unexpected — and I wanted to prepare for that,” he told CNN in 2015. “Criticism can bring the best out of you.” 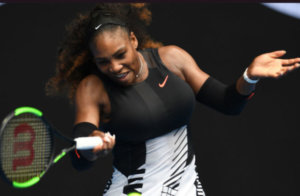 Richard and Oracene Williams moved their family to Florida in the early 1990s, seeing their daughters needed more specialist coaching, with Serena already an outstanding junior.

She turned professional in 1995, at the age of just 14. Two years later, she was in the top 100 and in January 1998 made her Grand Slam debut, reaching the second round of the Australian Open — where she was beaten by Venus.

It was to kick off a long rivalry, the biggest of either player’s career but also the friendliest, with no question of disharmony even as Serena took control of their head-to-head figures and beat Venus in six major finals.

And so it was fitting that when Serena’s crowning glory came, in the same place where her Grand Slam career started 19 years earlier, Venus was the first to congratulate her across the net.

“This is a story,” Serena said. “This is something that I couldn’t write a better ending. This is a great opportunity for us to start our new beginning.”