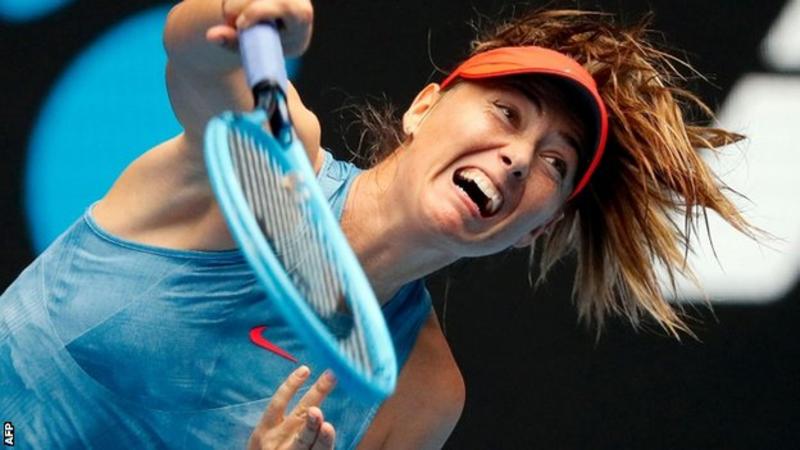 Defending champion Caroline Wozniacki was knocked out of the Australian Open as five-time Grand Slam winner Maria Sharapova provided a reminder of her ability with a three-set win.

Wozniacki, 28, led 4-1 in the first set, only to see Sharapova battle back.

The third seed broke in the final game of the second to level, but Sharapova edged a tight third in Melbourne.

The 2008 Australian Open champion, 31, took her second match point to win in two hours and 24 minutes and set up a fourth-round meeting with Australia’s Ashleigh Barty on Sunday.

“I haven’t played many matches in the last year, especially against top players and these are the ones I train for, so it’s really rewarding to win,” said Sharapova, who served a 15-month ban for failing a drugs test.

Danish world number three Wozniacki, defending the ranking points won in Melbourne last year, is set to slide down the standings as a result of the defeat.

She was competing at a Grand Slam as the defending champion for the first time, but says the experience did not put on added pressure.

“I did not find it hard all all. I find it kind of pleasurable,” she said.

“In tennis, you’re one on one, you battle and you do your best. One day you win, some days you lose.

“I gave it everything I had today. She was just a little bit better than me and that was really it.”

Sharapova has been unable to climb back into the upper echelons of the game since returning from a doping ban in April 2017, making just one Grand Slam quarter-final at last year’s French Open.

But against Wozniacki she proved she still has the talent – and, most importantly, desire – to cause problems for the world’s best.

It was not Sharapova’s biggest win in terms of ranking since returning, having also beaten Simona Halep – who was then second in the world – at the 2017 US Open.

“These are the types of match-ups that I haven’t really had where I could really challenge myself,” Sharapova said.

“Whether it was a bad result or an easy two-set loss, to be in the grind of things and to have to figure out a way to be on top is what I missed.

“Halep was where I was challenged like that and maybe one or two other matches.

“When you put yourself in those positions and you get through, those are great victories.”

READ ALSO: I PICK PLAYERS BASED ON THEIR PENIS SIZE – GERMAN FOOTBALL COACH