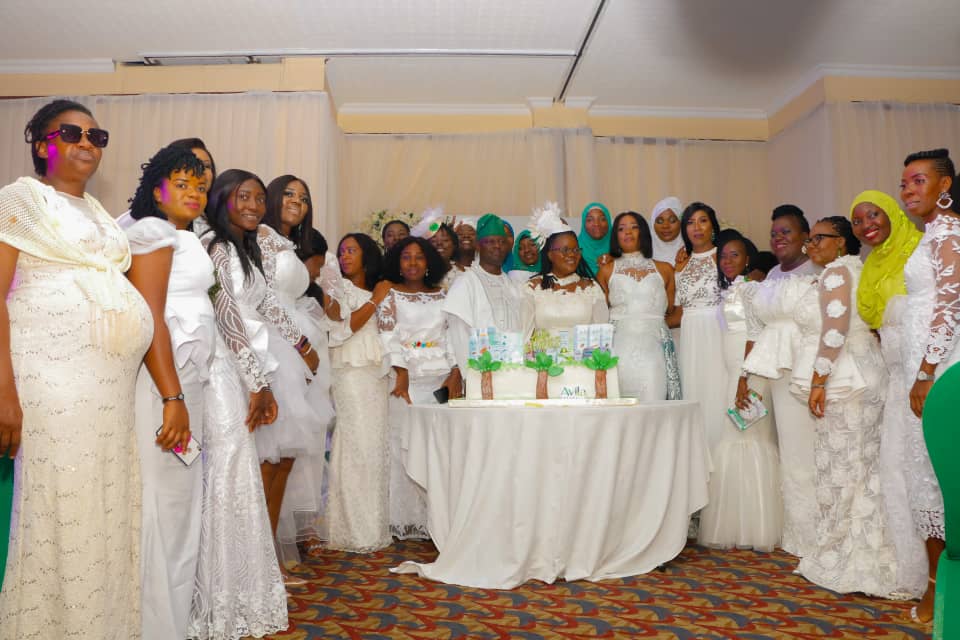 Avila Naturalle, producers of leading organic skincare and hair products in Africa played host to over 1000 guest at the Sheraton Hotel Ikeja Lagos on the 9th of November for her annual dinner and award night for her distributors.  ANDSEA 2019, started from 6th to 9th November with training for distributors at Virgin Rose Hotel and Suites, Victoria Island Lagos, a beach party at landmark private beach Oniru and the dinner and award night at Sheraton Hotel, Ikeja Lagos. The Avila Dinner and Award is hosted by the company to reward outstanding distributors of the outgoing year who has done exceptionally.

Mrs Temitope Mayegun, the Managing Director of Avila Naturalle mentioned that Avila awards are all about appreciating both Major and Mini distributors who have worked hard throughout the year and Avila award is a platform to appreciate them. Over 300 distributors from different countries including Ghana, United Kingdom, United States, and other parts of Europe were present. Mrs Temitope Mayegun who is motivated and passionate about adding values to lives by offering the best product for skin and hair care embarked on CSR activities in some schools and hospitals in Lagos to sensitize and Campaign about the dangers of using chemical-based soaps and creams.

As a way of giving back to the society, Avilla Naturalle team are going to schools and hospitals, telling them about the importance of maintaining natural skin texture and also the dangers in tampering into a chemical-based product.  Avilla team shares coconut oil and other beauty products schools and hospitals to encourage the use of natural products. Avila Naturalle and her team saw the need to make people love and value their skin and they came up with the sensitization programme.

“The CSR is basically going to schools and telling them about the importance of maintaining their natural skin texture and impress upon them that they don’t need to alter their skin colour to look beautiful, you know, and also let them know about the dangers in tampering into chemicalised products that damage the skin. We also went to the hospitals and gave free coconut oil to mothers, to babies. It’s just our way of giving back to society.” She said.

It was an all-white affair at the Avila Awards and guest and distributors came in with different gorgeous designs. The red carpet had a very beautiful ambience that attracted guest to take pictures.  They were welcomed by beautiful and amiable ushers who directed guests to their seats. Security personnel were on standby to ensure safety as Disc Jockey Siim welcomed guest with entertaining songs.

Popular standup comedian Mc Ajele and on-air personality and presenter Boy of God anchored the event and they welcomed guest with a lot of humour.  Shortly after the comical interlude, pastor Ayobami was invited to lead the opening prayer. Oluwakemi Fafiyebi, media personnel of AVILA Naturalle gave the opening remark emphasizing the need to eradicate the use of bleaching cream and replace it with the use of the organic natural product. She emphasized how we can glow effortlessly without using chemical substances. She also mentions that Avila Naturalle has unadulterated body care products for the transitioning of damaged skin to their normal skin.

Mrs Chineye Orji, a Diamond partner launched the presentation of awards the first set of award of excellence to major distributors for their commitment and loyalty. The second category of awards was presented by Mr Orji.  Pastor Ayobami, Mr Olubunmi Oludaisi and the brand ambassador presented the other categories of awards.

Avila Naturalle Distributors presented a big refrigerator and a juice processor to Mrs Temiope Mayegun the managing director for her support, encouragement and hard work.

Mrs Temitope Mayegun took time to appreciate GOD the giver of wisdom who gave her the idea of Avilla Naturalle that is now a reality, her husband, for standing by her through thick and thin and also appreciated all major and mini distributors of Avilla products across the country.

The Day I Made OBJ Weep In LAGOS – 64 Year Old Veteran Poet, AJOBIEWE