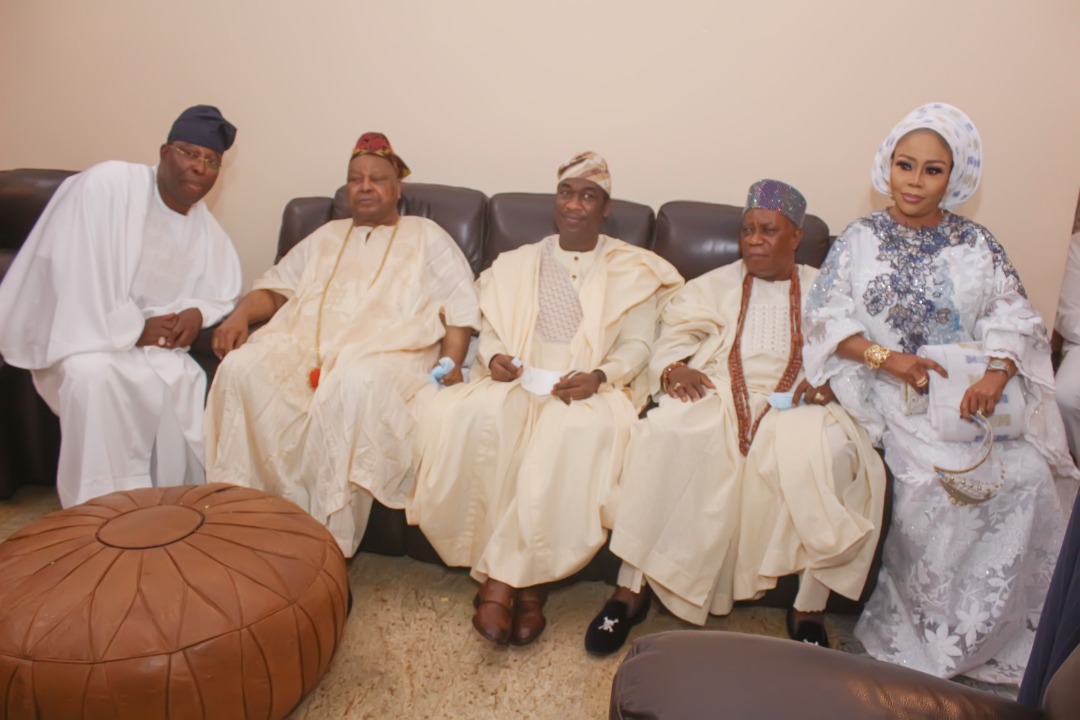 The Awujale of Ijebu land, His Royal Majesty, Oba Sikiru Adetona, has honoured a topnotch businessman, a socialite, and the owner of Retro Construction Company, Lekan Osifeso as Olotu-Olowa for his lofty contributions to the socio-economic transformation of Nigeria in general and Ijebuland in particular.

With this title, Osifeso is now one of the highly revered holders of chieftaincy titles of Awujale.

The highly cerebral contractor and business mogul who has performed immensely within and without Ijebuland, is rated among top contractors who are regarded as the ‘Lords’ of the Nigerian construction industry.

The glamorous occasion was held at the residence of the Paramount ruler in Ijebu-Ode, which had in attendance the Deputy governor of Lagos state, Obafemi Hamzat; the Senator representing Ogun-East Senatorial District, Senator Lekan Mustapha; Fuji Maestro, Alhaji Wasiu Ayinde; House of Representatives member representing Iseyin/Itesiwaju/Kajola/Iwajowa Federal Constituency, Shina Peller; among many other dignitaries.

The colourful event was presided over by the Awujale and had in attendance illustrious sons and daughters of Ijebuland.

Oba Adetona lauded the various selfless acts and commitments of Osifeso to the development of Ijebu, urging him to remain dedicated to those ideals that will benefit humanity.

“I felicitate with you. The information we have about you is a very good one, and we urge you to keep doing more. The title we have bestowed upon you, your father has really worked well for this title during his time, and that is the reason we have given it back to you. God will guide you and may you never regret receiving this title. I congratulate you on this occasion”, Awujale added.

In his address, the deputy governor of Lagos State, Babafemi Hamzat, thanked the Awujale of Ijebu land for counting Osifeso worthy as one to bestow the title upon.

He said they have come on a gratitude visit to appreciate the title given to Osifeso. Hamzat added that they have strong confidence in the ability of Osifeso, assuring the Paramount Ruler that he won’t regret his decision to bestow on Osifeso, the title of Olotu-Olowa.