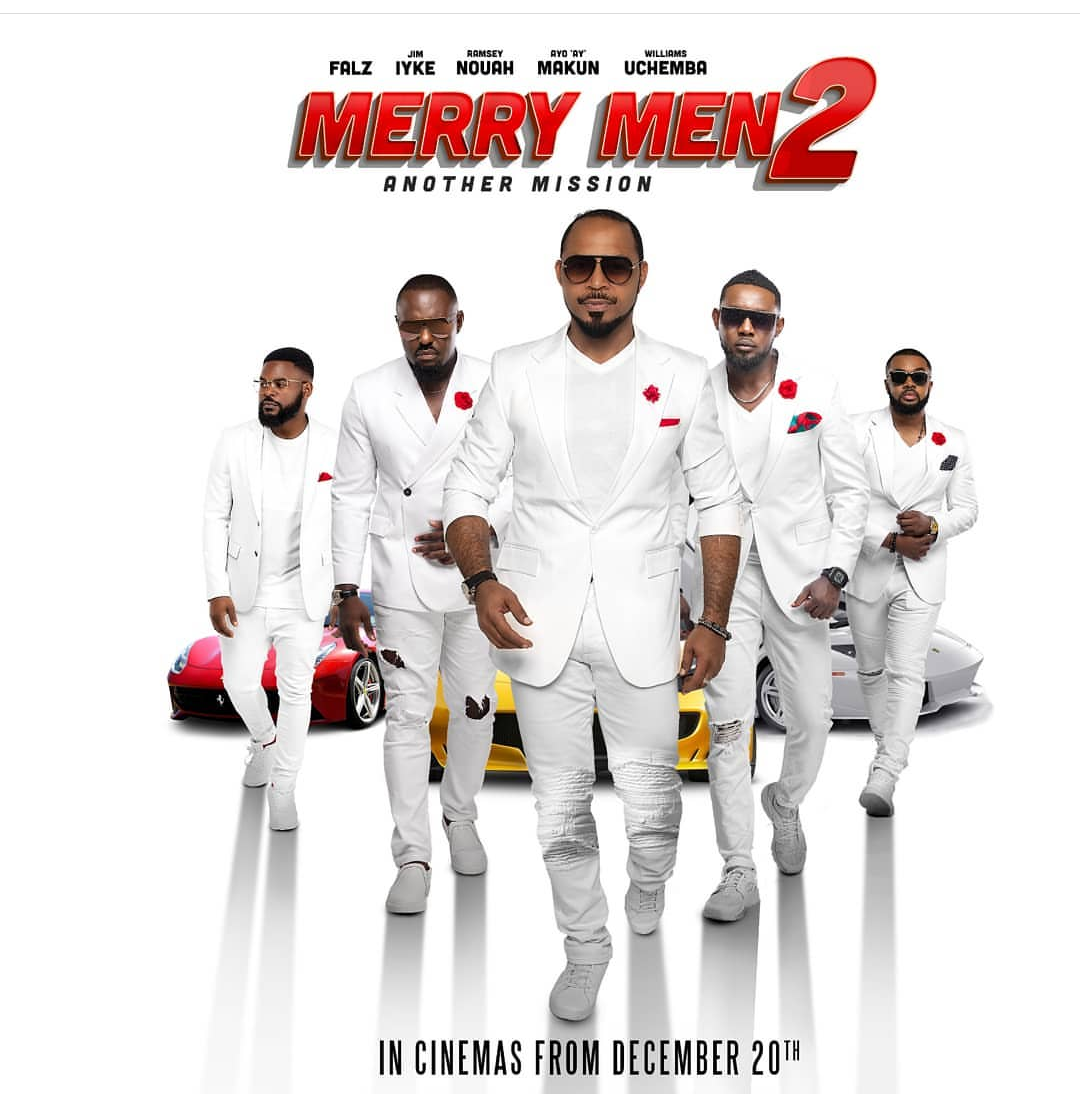 The highly anticipated movie Merry Men 2 by Ayo Makun has been premiered in the U.S. The part one was premiered last year and the movie had original grossing a total of 228 million naira in 2018.

AY’s Merry Men, The Real Yoruba Demons which made 228 million was crowned the highest-grossing Nollywood movie of 2018. It tells the story of four Abuja’s most eligible and notorious bachelors Falz The Bad Guy, Ayo Makun, Ramsey Nouah and Jim Iyke.

The 2 minutes long official trailer was released by AY on December 4th and had scenes of AY, Ufuoma MC Dermott and Regina Daniels displaying some fighting skills.

The sequel, which is scheduled for a December 20 release also feature Iretiola Doyle, Alex of BBN Naija, Regina Daniels, Ufuoma McDermott, Williams Uchema, Damilola Adegbite, Linda Osifo and others while fans still await the Lagos premiere, AY alongside some casts of the movie and friends have premiered the highly anticipated movie in North America, which took place in the 10th of December at the Carnegie Institute of Science Washington DC.

According to AY “we are set to define the positive growth of Nollywood and creating entertainment to be enjoyed by movie lovers. Stars like Ramsey Nouah, Iretiola Doyle, RMD, and International stars such as DL Hugley, Leon Robinson, Chrisette Michele, Angela Winbush, Raheem De Vaughn, Amara Negra, Cynthia Bailey, Monique Samuels, Chris Samuels, Jamie Foster Brown, KJ Smith, and lots of others made it to the Washington DC Premier.