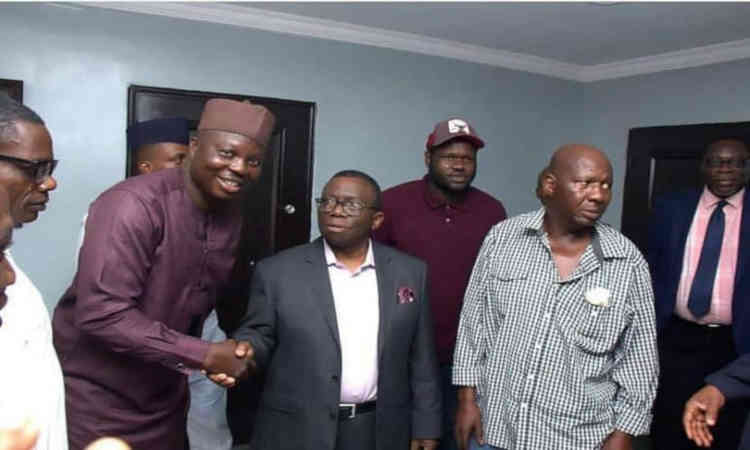 The President of the Theatre and Motion Pictures Association of Nigeria (TAMPAN), Bolaji Amusan, better known as Mr Latin, has debunked rumours of the death of Babatunde Omidina, a veteran Nollywood actor popularly called Baba Suwe.

The internet was earlier inundated with rumours that the veteran actor is dead.

But the Nigerian comedian took to his Instagram account on Tuesday, April 23, to call the rumour of his death “fake news.”

“Good Afternoon everybody, the purported rumour of Baba Suwe death is fake news. Baba Suwe is alive and presently in America undergoing treatment,” he said.

“I thank you all for your support and concern. I want to tell you authoritatively that is alive, nothing happened to him. Thank you and God bless you.”

Meanwhile, he has been at the United States since Sunday where is expected to complete his medical treatment at an unnamed hospital in Rhode Island.

The 60-year-old actor, who is not feeling too well, had in February solicited for financial support to enable him travel abroad for medical attention.

In a radio interview with Kola Olootu on Lagelu FM, the actor said he had not received his N25 million compensation from the National Drug Law Enforcement Agency (NDLEA).

In 2011, he was arrested by NDLEA at Murtala Mohammed International Airport over the suspicion that he was trafficking drugs.

Baba Suwe was detained for three weeks and was granted bail after no drugs were found on him.