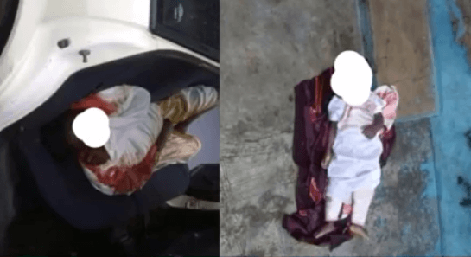 Ritual cult members known as Badoo have stricken again in Ikorodu, this time at a church. They attacked Crystal Church of Christ (C&S) Aladura at no 4, Victor Anibaba Street, Owode Weighbridge, along Ikorodu  Road, where they killed three people.

The wife of the founder of the church was attacked, her two-year old was killed while another woman in the church was murdered too and another said to be dead as well.

Luckily, one of the attackers was apprehended