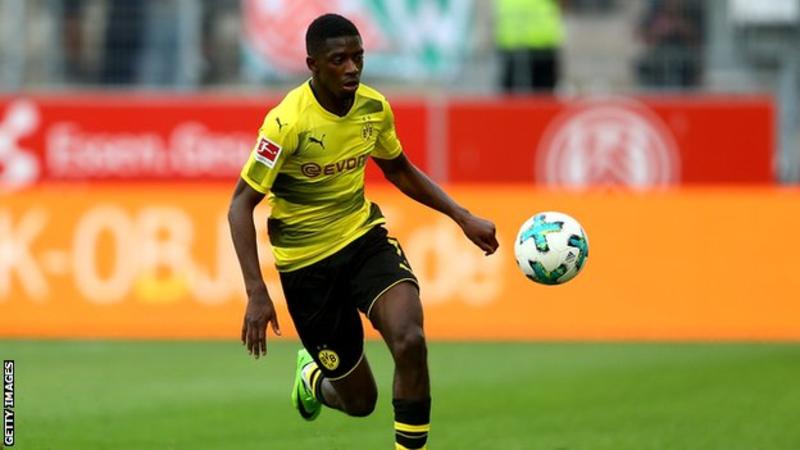 Barcelona are planning a huge revenge on PSG in the summer spending spree as they are close to making Borussia Dortmund’s Ousmane Dembele the second most expensive player in history.
German side Dortmund rejected a bid from Barca for the 20-year-old winger – believed to be 100m euros (£92m) – earlier in August, with the player then suspended for missing training.

PHOTOS: BEHIND THE SCENE FROM NOLLYWOOD MOVIE, ‘TERRAIN OF POWER’

The likely fee will be less than the 222m euros (£200m) Paris St-Germain paid Barcelona for Neymar in August.
However, it will be more than the £89m Manchester United paid for Paul Pogba.
France international Dembele has not featured for Dortmund since the German Super Cup on 5 August.
He joined the Bundesliga side from Rennes for 15m euros (£13.8m) 12 months ago, having only made his professional debut in 2015.
Dembele has already made seven appearances for the France, scoring his first goal in a 3-2 win over England in June.
Last season, he scored 10 goals and provided 21 assists as Dortmund finished third in the league, won the German Cup and also reached the Champions League quarter-finals.