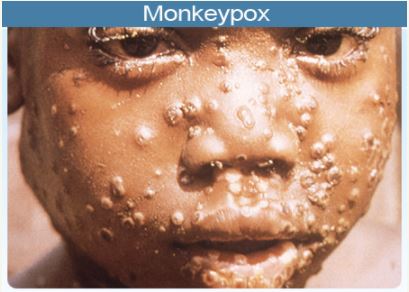 A new airborne Ebola-like viral disease, referred to as ‘Monkey Pox” has hit the Niger Delta University Teaching Hospital (NDUTH), Okolobiri in Yenagoa local council of Bayelsa State.
Consequently, a medical doctor and 10 others have already been diagnosed of the disease and had been quarantined at the NDUTH in Okolobiri.
The isolation centre was created by the Nigerian Centre for Disease Control (NCDC) and the epidemiological team of the state Ministry of Health to check the spread of the virus.
It was learnt that the NCDC and the epidemiological team were tracking 49 other suspected cases, who were said to have come in contact with the infected persons.
When The Guardian visited the hospital, the Public Relations Office declined comments.
But speaking separately, a health professional at the Department of Internal Medicine and a staff in the Chief Medical Director’s (CMD) office, who pleaded anonymity, said the ‘monkey pox’ disease was traced to monkeys and may have originated from hunters in the community.
They said the symptoms of the disease include sweating, cough, general weakness and rashes in the body.
They, however, assured members of the public of quarantine methods in the hospital facility to prevent the spread of the disease just like it was done in curtailing the spread of Ebola in the country.
Confirming the development, the state Commissioner for Health, Prof. Ebitimitula Etebu, said samples of the virus had been sent to the World Health Organisation (WHO) Laboratory in Dakar, Senegal for confirmation.
He described monkey pox as a viral illness caused by a group of viruses that include chicken pox and small pox, adding that the first case was noticed in the Democratic Republic of Congo (DRC) and subsequently spread to other West African countries.
Explaining that the virus has the Central African and the West African types, he said the West African type was milder and has no records of deaths.
“Recently in Bayelsa State we noticed a suspected outbreak of monkey pox. It has not been confirmed. We have sent samples to the WHO reference laboratory in Dakar, Senegal.
“When that comes out we will be sure that it is confirmed. But from all indications, it points towards it,” he said.
Watch a video of the commission of Health in Bayelsa speak:
Bayelsa Monkey Pox Outbreak: Health Commissioner Speaks (Video) was last modified: October 6th, 2017 by Arinze Ago