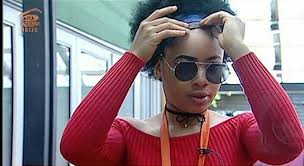 BBNaija finalist Nina in an interview with The Delphinator says Miracle was there for her in the house and also was a form of protection to her.

The former housemate also said she and Miracle had sex severally because they are humans and have feelings for each other.

Nina has on social media revealed that she is set to launch her hairline ”Nina Hair”. The former housemate says the hair which will majorly be wigs will be out on her birthday which is the 31st of May.

Keep your fingers crossed for this one.

BBNaija: Miracle And I Had Sex Several Times – Nina was last modified: May 1st, 2018 by Damilare Salami