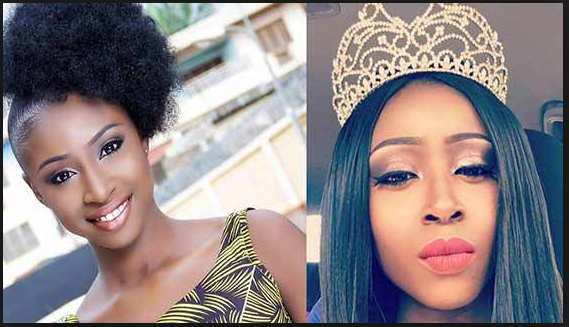 •After Buttock SURGERY In LAGOS

The attempt by a beauty queen, Nnena Miriam Onwuzuligbo, to give a sexy, seductive touch to her femininity and make men pine away with desire for her has cost her life. She died last February in a Lagos hospital.

Lately, it has become a norm and a big competition among celebrity ladies to  rework their physique in order enhance their beauty and make them look more sexy. They all want to have a banging body that is popularly called “Figure 8”, which is irresistible to men. This desire went awry for  Nnena Miriam, when she decided to contract a Lagos female surgeon for beauty enhancement. Unfortunately she died in the process.

It has been a trending story online for some weeks now.  Plastic Surgery  is becoming a trend in the country, especially Lagos. There are skilled doctors trained for the very high-risk cosmetic surgery,  but some unqualified doctors have also infiltrated the rank of practitioners, leaving casualties on their trail.

Nneka who is the Face of Democracy Transformation 2013 second runner-up, died after an unsuccessful Buttock Enlargement Surgery. The beauty queen, who went by the nickname “Sparkle” went to a surgeon to remove fat from her hips and transfer same to her buttocks. She felt it would help her win beauty contests. A cosmetic surgeon, who is Lagos based is currently wanted for interrogation from authorities over the issue. It is alleged that the doctor who owns a clinic in Lagos was approached by Sparkle for a BLL procedure which is fat transfer and liposuction. It was alleged that she hired or accepted foreign doctors to help her perform surgeries in  her company.

The doctor,  it was learnt, decided to personally perform the surgery on Sparkle  because she wanted to try to practicalise the operation she had seen the hired surgeons performed . The buttock surgery procedure however, became more complicated than she thought and the patient fell into a coma, which led to her death.

Sources disclosed that while the beauty queen’s sister was awaiting the completion of the surgery, she was swayed to enter the operating theater only to find out that there was a delay. It was alleged that she saw Sparkle on the operating table almost dying as the doctor did not know  what to do. Sparkle was later transferred to Vedic Hospital in Lekki and was immediately put on Life Support. She was later transferred to LUTH, and it was learnt that she died on Feb. 3. It was gathered that a mistake during the Buttock Surgery on December 31, 2018, left the beauty queen in a coma at Vedic Hospital in Nigeria. Sparkle died from injuries obtained during the buttock surgery.  Medical reports alleged that fat travelled into the woman’s lungs. Reports alleged that the doctor is not  a certified surgeon and that she is a U.S. citizen.

Patrons went to her because she was popular in Lagos.  Sources also alleged she called previous patients, telling them she was going to refund their money. However, she vanished into thin air before doing so. It is alleged that Sparkle’s not this female doctors first surgery where there were issues. It is claimed that two other women from Lagos who had gone under her scapel for Buttock Surgery had required Correction at another hospital.

A Victim was said to have been in Coma for 31 days. Sources revealed that she called up other patients, pledging that she would refund their money. Now, she is nowhere to be found. Anu has since gone private on both her business and personal accounts on social media where she has over 8,000 followers and details about her whereabouts are yet to be confirmed.

It was said that the female doctor had several cases and records of surgery failures and complications. She is a mother of 2, who claimed to be a cosmetic surgery, beauty consultant, who is versed in medical laser, medical grade skin care and a Lymphatic drainage expert.

Meanwhile, the organiser of Face of Democracy Nigeria Pageant, Alexander Ajagbonno, has expressed regrets and bitterness over the loss of Queen Onwuzuligbo, who refused to accept a second position, claiming she deserved the 1st position. The late Nnenna, who contested the beauty competition and did not win had dragged the organisers to court for legal interventions until last year when the case was finally dismissed.