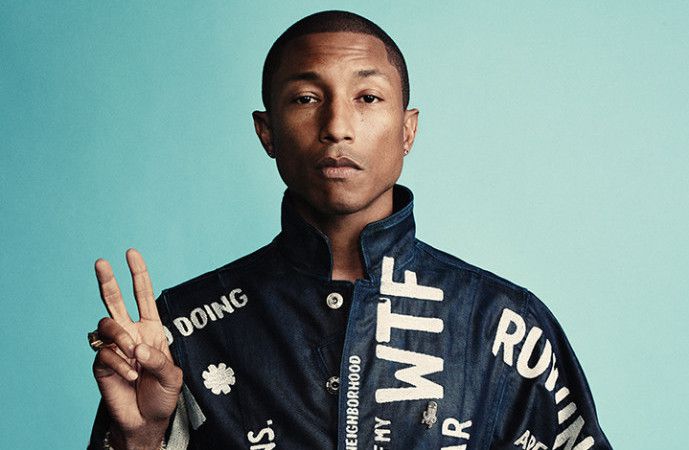 It’s no secret that Pharrell Williams just does not age. Some people have even gone as far as speculating that he’s a vampire.

One look at the musician’s father, Pharaoh Williams, and it’s obvious that a large part can be put down to good genes. But in an interview with Dazed magazine, he revealed his ultimate grooming secret that has helped him keep his skin in good condition and maintain his youthful radiance.

“I exfoliate like a madman. When you exfoliate and you drink a lot of water, that does good for you. To me, the key is just exfoliating, like a monster,” Pharrell told the publication.

“There’s a lot of dead skin. All the time. Like a narcissistic madman.”

Essentially, Pharrell takes an inner (hydration through water) and outer (exfoliation) approach to his grooming.

As the musician pointed out, exfoliation works to remove dead cells on the surface of the skin, which clog the pores, leaving you more prone to irritating conditions such as ingrown hairs, and also exacerbate acne.

Because exfoliation is so tough on the skin, experts advise that one doesn’t exfoliate more than twice a week, at most.

Here are the three rules of exfoliation:

In the interview, Pharrell also spoke about his fashion sense and what it means to him.

“[Fashion] is indicative of who you are and what you’re feeling. Specifically, the way I look at it, it’s when I get up in the morning, it’s how I feel, it’s where I’m going, and what the weather’s going to be like,” he said.

“That kind of informs me of what it is that I’m wearing. When people are like, ‘I don’t really have any style, I don’t dress up’, you kind of are. That’s what your clothes are saying.”

How To Have A Flawless & Glowing...

How To Enjoy Wearing Your Wig With...

How I Balance Teaching Fashion With Designing...