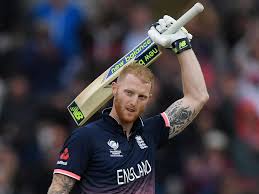 Cricketer Ben Stokes has claimed he was ‘speaking to God’ on the night of his alleged fight with Ryan Ali, a court heard today. The 27-year-old is accused of affray in the Clifton triangle area of Bristol, during the early hours of September 25 last year. He is currently in the fifth day of his trial alongside Ali, 28, at Bristol Crown Court. England cricketer Ben Stokes and his wife Clare arrive at Bristol Crown Court (Picture: PA) Stokes was shown CCTV footage from the night of the incident, in which prosecutor Nicholas Corsellis suggested he appeared angry after a bouncer refused to shake his hand. But the cricketer denied the accusation, instead proposing he had been looking for religious answers in the sky. ‘I don’t think you can tell if I’m angry,’ the Durham all-rounder said.

When questioned about what he was doing, the sportsman continued: ‘I might just be looking at the night sky.’ Mr Corsellis then asked: ‘Who were you speaking to when you were looking at the night sky?’ – to which Stokes replied: ‘God?’ Man held knife to lover’s throat then slashed her neck by accident during sex Stokes is alleged to have knocked out Ali during an altercation by Mbargo nightclub in the early hours of September 25. Both men deny a joint charge of affray. Hours before the arrest, England had beaten West Indies by 124 runs in their third one-day international in Bristol, with Stokes scoring 73. Today, the court heard that Stokes had had at least 10 drinks on the night, including a bottle of beer at the game, two or three pints back at his hotel and five or six vodka lemonades while out on the town. Stokes is accused of punching Ryan Ali in September last year.

However during the trial, Stokes denied Mr Corsellis’ suggestion that he had been ‘actually really very drunk’. Stokes said that the brawl took place because Ali and his friend Ryan Hale had directed homophobic abuse at gay men William O’Connor and Kai Barry. Mr Hale, 27, was acquitted of affray on Thursday. The cricketer said he was ‘very clear’ that homophobic abuse had taken place, but was unable to remember the exact words used. Ben Stokes claimed he was ‘speaking to God’ in CCTV footage

The prosecutor then said: ‘You don’t really remember significant parts of this incident, for example knocking Mr Ali out? Is that because you were really very drunk?’ to which Stokes said: ‘No.’ The cricketer also denied mocking or being homophobic towards Mr Barry and Mr O’Connor himself, as accused by the Mbargo doorman. He also said he did not remember flicking his cigarette butt at them or knocking Ali unconscious a short time later. Stokes insisted that Ali was aggressive and had been homophobic towards the two men. ‘He was aggressive and violent towards me in what he said but he was definitely verbally aggressive with Mr Barry and Mr O’Connor,’ Stokes said. ‘It’s clearly in my statement that I admit to throwing multiple punches. At the time of that situation, I constantly felt under threat from Mr Ali.’

Ben Stokes claims he was ‘speaking to God’ on night of alleged fight was last modified: August 10th, 2018 by Igbokwe John