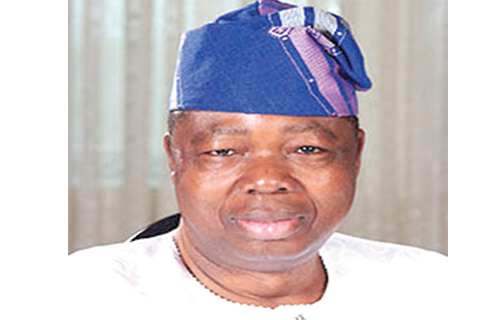 A leading Nigerian investor in Agriculture and Chairman TUNS Farms Nigeria Limited, Chief Olatunde Badmus has disclosed that the government of Osun has created more than 100 young millionaires through its various agricultural intervention programmes.

Badmus led other management staffers of the company to the office of the governor in Osogbo last week for a presentation to the governor of Osun, Ogbeni Rauf Aregbesola on the National Egg Production (NEGSPRO)  scheme.

The business mogul stated that due to the successes his company has achieved in the state through the Osun Broiler Outgrowers Production Scheme (OBOPS) an initiative of Aregbesola, TUNS farm has been empowered and engaged to handle a Federal Government Project tagged National Egg Production Scheme (NEGPRO).

He said Osun has made over 100 millionaires in the last 6 years through the Osun Broiler Outgrowers Production Scheme in the state?

Badmus emphasised that the state has taken the lead in Broiler Meat Production in the country as Osun remains the largest producer of chicken in Nigeria.

He attributed the agricultural initiatives of Aregbesola as major instruments that have contributed significantly towards the resuscitation of the agricultural sector in the state and Nigeria as a whole.

The business mogul said the Universal Agricultural Model Technique being adopted by the state has been the major factor behind the successes made in the broiler and egg production in the state, making Osun the third largest producer of broiler meats after Oyo and Ogun states in Nigeria.

He also lauded the state government for being at the forefront of socio-economic and agricultural developments in the country, noting the agricultural policies of the state had brought about huge participation of youth in farming activities.

Badmus gave an insight into the successes recorded by the state in the agricultural sector, saying efforts are underway to maximise the agricultural potentials of the state and make Osun the highest producer of eggs in the country.

According to him, “We are here today to tell the world that the agricultural policy of Mr. Governor has yielded positive results.Over 100 millonaires have been made so far since the state introduced Osun Broiler Outgrowers Production Scheme which has been the hallmarks of major successes recorded in poultry production in the state.

“Osun is the largest producer of chicken, the state has also geared up efforts to be the highest producer of egg in Nigeria as the state’s school feeding programme remained the supportive element to this feat.

“We have been to about 10 states and everywhere we go, they give us warmth reception because they know that Osun is the model in agriculture sector as most of the state agricultural intervention programmes have been adopted nationally and internationally.

“This programme is an imitation of governor Aregbesola’s initiatives that has been accepted nationwide. We were appointed for this job because of the achievements we recorded in Osun.

Governor of Osun, Ogbeni Rauf Aregbesola in his remarks reiterated his government commitment to ensuring all round development in the state in spite of the global economic downturn.

He said his government would not renege on any of its electioneering promises made to the people of the state at ensuring that Osun becomes a model in all aspects of the economy. 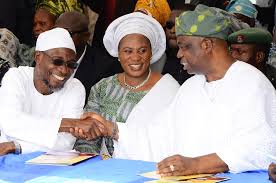 Aregbesola said the state has recorded huge successes in all its programmes in the last 6 years most especially in the Education, Security and Agricultural sectors as most of the state’s policies are designed to enhance both human and capital developments.

He held that his government having adopted value-chain policies in all sectors, has achieved tremendous change in the areas of education, agriculture, security and social intervention and empowerment programmes.

The Governor said the initiation of Osun School Feeding and Health Programme (O’MEAL) which has been the pacesetter and a national school feeding model, had since introduction created employment opportunities for thousands of the state residents.

He stated that the O’MEAL Scheme has a positive influence on agriculture as pupils who are the direct beneficiaries of the initiative are being fed with locally source farm produce like yams, cocoyams, fruits, vegetables, egg, fish, chicken among others.

Aregbesola said the scheme also provided employment to thousands of able women who were engaged by the state as food vendors.

He put up Agriculture as the only sustainable and profitable alternative to crude oil, saying no efforts must be spared at revamping the agriculture in the country.

“With 2013 adverse experience on crude oil, one must surely know that the era of crude oil has gone. Oil can no longer sustain us. It can no longer viable for our survival as a nation.

“Oil is volatile. We must go back to drawing board and map out people-oriented strategies that will support agriculture and make life more abundant, meaningful and worthwhile for ourselves.

“Agriculture is the only dependable, sustainable and productive sector that can rescue our dear country out of recession.

“We must be aggressive in agricultural production and no stone must be left unturned to achieve all these laudable feats because productivity is the heart of the economy”.The Governor stressed.

As part of its efforts in achieving set goals for the National Egg Production, the Federal Government of Nigeria last June, signed #25 billion MOU with Osogbo billionaire and the Asiwaju Musulumi of Yorubaland, Alhaji Khamis Olatunde Badmus’ Tuns Farms Nigeria Ltd in Abuja.

Chief Audi Ogbeh, the Minister of Agriculture and Rural Development, who signed the Memorandum of Understanding on behalf of government explained that the agreement has become necessary because the federal government was about to begin school feeding programme in which every child will be given an egg a day or at least three eggs a week.

He said the agreement, to be financed by the Bank of Industry, will enable the farm to create a network of poultry farmers’ out-growers scheme with a target of generating one million jobs and 50 million table eggs daily by 2018.

While speaking after the signing ceremony, Badmus reaffirmed his company’s committed to the growth and survival of the Nigerian agricultural sector, judging by the many landmark achievements Tuns Farms has recorded.