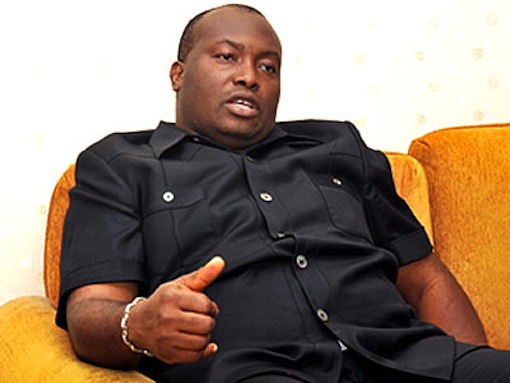 Billionaire businessman and Chairman of Capital Oil and Gas Limited, Dr. Ifeanyi Ubah, has jetted out of the country’s shores on Thursday morning, few hours after he was released from DSS detention.
A source disclosed the development exclusively to DailyPost Thursday afternoon and said;
“Chairman left Nigeria this morning. The information I have is that he has gone to attend to his health.l trip.
“We understand that the recent ordeal was traumatic for him. He has never been out of circulation for 6 weeks and you know what that means to a wealthy man,” the source said.
When asked which country the oil magnate travelled to and how long he will be away, our source simply replied: “Somewhere in Europe, I don’t know how long he will stay.”
Recall that Ifeanyi Ubah was arrested and detained by DSS on May 5, 2017, for alleged engagement in acts of economic sabotage which include stealing, diversion and illegal sale of petroleum products stored in his tank farm (in Lagos) by the NNPC.
Billionaire Mogul, Ifeanyi Ubah Leaves Nigeria After Six-weeks in DSS Detention was last modified: June 22nd, 2017 by Arinze Ago