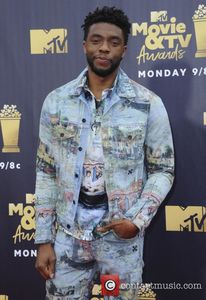 The winners of the 2018 MTV Movie And TV Awards have finally been announced and leading them in their victories are unsurprisingly ‘Black Panther’ and ‘Stranger Things’ respectively. The awards ceremony took place at the Barker Hangar in Santa Monica, and was hosted by the inimitable Tiffany Haddish

Meanwhile, ‘Stranger Things’ won Best Show, with Millie Bobby Brownseizing Best Performance in a Show, and Noah Schnapp being honoured with Most Frightened Performance as Will Byers (because, obviously). Indeed, a third season of this epic Netflix adventure cannot come too soon.

On the other hand, Millie and her onscreen love interest Finn Wolfhard lost out on Best Kiss to Nick Robinson and Keiynan Lonsdale on ‘Love, Simon’. But Finn still managed to bag a joint award for his part in the Stephen King adaptation ‘It’, alongside Sophia Lillis, Jaeden Lieberher, Jack Dylan Grazer, Wyatt Oleff, Jeremy Ray Taylor and Chosen Jacobs. Together they took home the well-deserved Best On-Screen Team.

Nominated for the Scene Stealer award were Dacre Montgomery as Billy Hargrove in ‘Stranger Things’ and Letitia Wright as Shuri in ‘Black Panther’, as well as Taika Waititi as Korg in ‘Thor: Ragnarok’. But ultimately it was Madalaine Petsch who plays Cheryl Blossom in ‘Riverdale’ who landed the accolade.

Our host, Tiffany Haddish from ‘Girls Trip’, also lost out on that particular category, but redeemed herself by picking up Best Comedic Performance. Additionally, ‘Gaga: Five Foot Two’ was the winner of Best Music Documentary, and ‘The Kardashians’ won Best Reality Series/Franchise.