Blackface Accuses Faze of Conspiracy For Performing Alongside Tuface Idibia 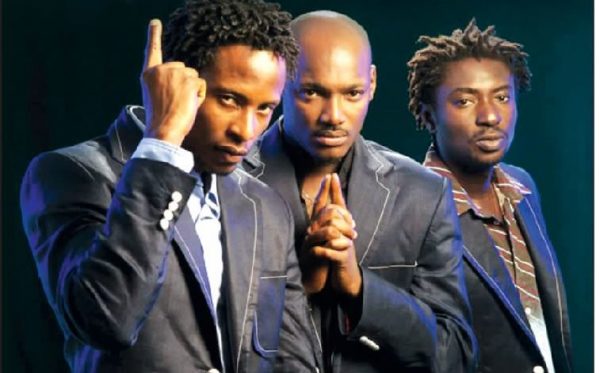 Nigerian dancehall singer and member of Plantashun Boiz, a now-defunct music group, Blackface, has tackled Faze, his former partner, for performing the group’s song with Tuface.

On Sunday, Tuface staged a grandiose event marking his 20 years of being in the limelight of Nigeria’s music industry. He also featured a performance of their song alongside Faze.

The move, which comes amid Blackface’s protracted feud with Tuface, and after the former had dissuaded Faze from forging ahead with the collaborative stage performance, did not go down well with Blackface.

The dancehall singer took to his Instagram page to call out the duo; expressed his disappointment in Faze, and stated that they had both sounded like artistes that have lost it.

He also accused them of going on stage to perform without rehearsals and making his “hard work” in the song look poor.

“I hate to do this but you fall my hand again, Faze. After our conversation, you went on to perform Plantashun Boiz songs with my contributions with 2Face at his event? When is this going to stop? You both sound like artists that lost it!” the singer wrote.

“What examples are you both portraying going on stage without rehearsals? You both don’t sync and it makes my hard work look poor. Please, please, please! I no go beg again. I just uploaded our convo for the world to know the facts of what’s going on.”

Blackface, whose real name is Ahmedu Augustine Obiabo, had recently released a remake of ‘African Queen’, a song he claimed was written by him, which Tuface had sung in 2004 as the seventh track of ‘Face2Face’, his debut studio album.

My Passion Pushed Me From Corporate World To Owanbe Business