Home News Blogger Nabbed For Defrauding UK Based Activist To The Tune Of N2.2m
News

Blogger Nabbed For Defrauding UK Based Activist To The Tune Of N2.2m 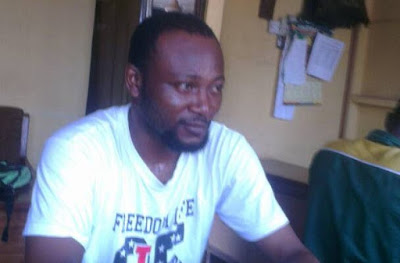 A blogger has been arrested for defrauding a UK based activist, Philip Agbese to the tune of N2.2m.

Philip then went on to use a pregnant woman’s account details where the said money was allegedly paid.

He had told the woman he was having problems with his BVN.

The pregnant woman however turned herself in to the police when she suspected foul play. Apeh went on the run, but was apprehended yesterday afternoon following a coordinated operation of civilians and undercover policemen.

He is currently being held at Idimu Police Station, Area M, Alimoso Division of Lagos.

Blogger Nabbed For Defrauding UK Based Activist To The Tune Of N2.2m was last modified: May 24th, 2017 by Reporter