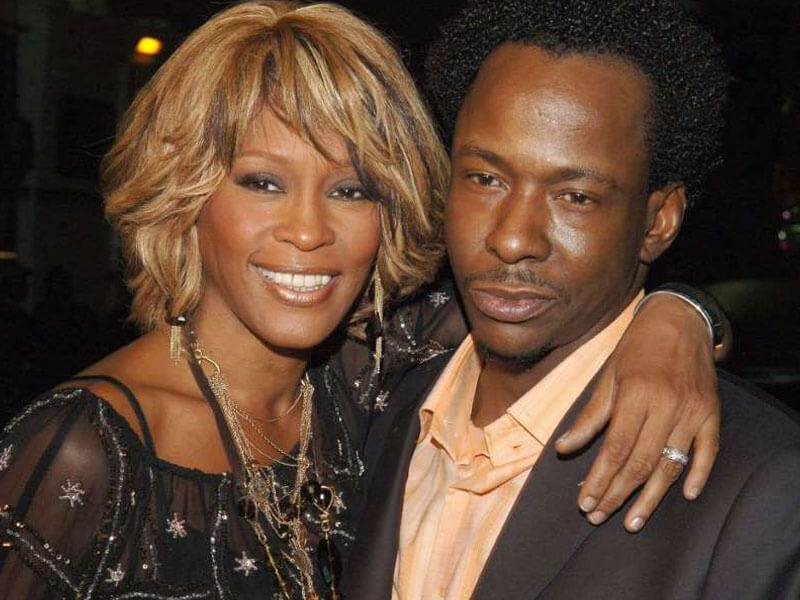 He first of all denied ever being involved in any scandal.

“Some of the things I’m not proud of but to get where I am now I had to go through it,” Brown said. “Scandals? No scandals. Just juicy.”’

He then added: “What people don’t understand is the stories told about me are untrue, are false. We’re correcting everything the press has believed about me. I’m able to tell my story from what I know, my truth. That’s the basic reason we did this film. We did this film to tell my side of the story. What me and Whitney went through is what we went through.”

Attempts to make him confess that he once physically abused Whitney going by the evidence provided in the media hit a brickwall as Brown insisted that all media reports about his affair with Whitney were false.

Interstingly, the press conference was held at the Beverly Hilton hotel where Houston was discovered dead six years ago. Brown when asked by the press if the choice of venue was deliberate replied: “This is the place they choose and the spirit of my ex-wife is probably still here. That feels good to be here, and promote this movie, and be able to be here now with my wife and kids.”

Brown’s project comes on the heels of a Whitney Houston documentary, ‘Whitney’, that cleared misconceptions that Brown first exposed the pop icon to drugs.

‘The Bobby Brown Story’ will debut on BET on September 4.