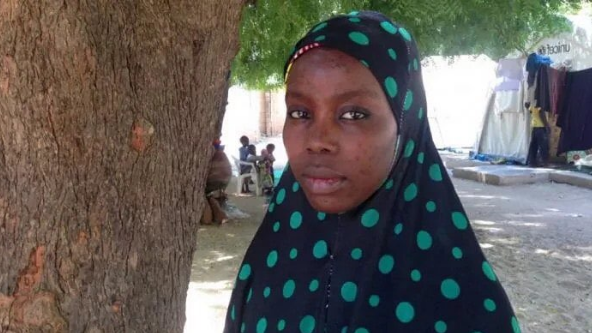 A report from Thomson Reuters Foundation indicates that a former Boko Haram bride who recently returned home after three years in the insurgents’ stronghold has disappeared.

Her disappearance has stoked concern about the difficulty of deradicalising and reintegrating women seized by the jihadists.

The wife of a Boko Haram commander, 25-year-old Aisha, was among 70 women and children who in February finished a nine-month deradicalisation programme, having being captured by the army in a raid on the militants’ Sambisa forest base last year.

Last month Aisha vanished from her family home in Borno’s state capital Maiduguri, taking the baby boy fathered by her Boko Haram husband and some of her clothes, according to her younger sister Bintu Yerima.

“Before she left … she had received a phone call from a woman who was with her (in the programme),” 22-year-old Yerima told the Thomson Reuters Foundation by phone from Maiduguri. “The woman said that she had returned to the Sambisa forest.”
Phone calls to Aisha after she disappeared went unanswered, and her mobile has since been switched off, her sister added.

Fatima Akilu, a psychologist and head of the Neem Foundation, an anti-extremism group which ran the state-backed programme, said she had heard that some of the women who were under her care, including Aisha, had gone back to Boko Haram.

“Rehabilitation, reintegration is a long process … complicated by the fact we have an active, ongoing insurgency.”
In an interview in February, 2017, Aisha had said:

“I had many slaves – they did everything for me.” She explained how women and girls kidnapped by the Islamist militants washed, cooked and babysat for her during the 3 years she spent in their base in the vast Sambisa forest.
“Even the men respected me because I was a leading Boko Haram commander, Mamman Nur’s wife. They could not look me in the eye,”

Aisha said in a state safe house in Maiduguri, where she has lived for almost a year since being captured by the Nigerian army in a raid in Sambisa.