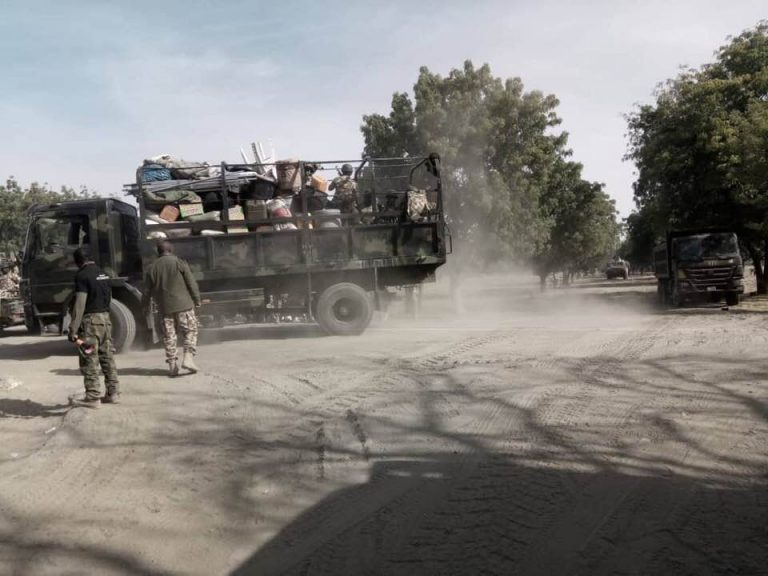 Residents say the terrorists had forewarned them of their coming and the army was aware of the impending attack.

Journalists gathered that the terrorists stormed the town around 5:30pm in 21 vehicles and began shooting sporadically.

A vigilante member, who doesn’t want to be named, said the attackers overpowered the military and took control of the town for almost three hours.

He revealed that the vehicles that conveyed the terrorists drove back empty, and left the mercenaries that inflicted heavy destruction on the military.

“Some of the boys are from this town, one of them went to his house and abduct his mother, brother and sister whose marriage was fixed to hold in the next two days,” he said.

On the casualty figures, he said, “It is too early know that, but it would not much because the army fled into the bush.”

Another resident said they saw a body close to military Amoured Personnel Carrier (APC) around the area of local government secretariat.

“Nobody could ascertain if its for the military or the insurgents,” the resident added.

He revealed that the military fled the town during the night encounter and returned in the morning to disperse curious residents away from their burnt vehicles.

THERE IS STAFF RECRUITMENT ONGOING IN LAGOS – INEC WARNS