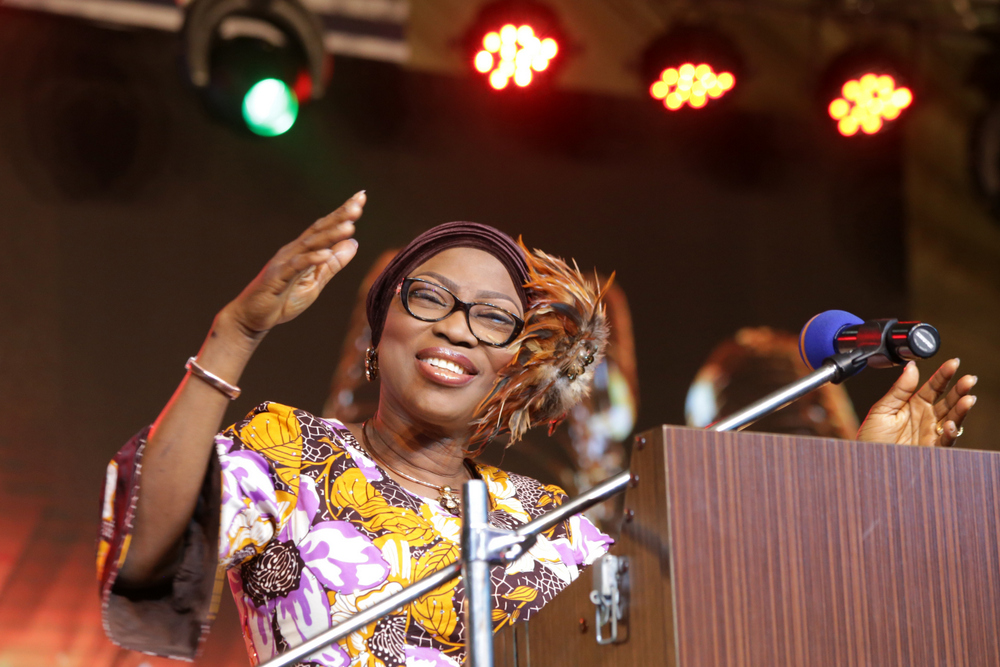 It was all frenzy over on Saturday, June 9, 2018 weekend at the 2nd Lagos Marathon Praise as dignitaries trooped out in thousands to celebrate God over of the success stories of Lagos state in the last 3 years  under the able leadership of His Excellency, Governor Akinwunmi Ambode.

The event which was held at the prestigious All Season’s Event Centre, Agidingbi, Ikeja Lagos was full of pomp and pageantry as popular Gospel acts, Samuel Foli, Beejay Sax, Biodun Ajanaku, Tosin Bee and  a whole lots of others  were at their peak dishing out sonorous praise songs nipped with both modern and classical tone.

The ceremony put together by the Lagos State and the Jubille Concept International witnessed a brim-filled attendant and the hall was filled with God’s presence.

Speaking at the event, wife of the governor of Lagos State, Bolanle Ambode, charged Lagosians to keep faith with the administration and remain supportive of its policies and programmes, adding that the future will be greater than the past.

Bolanle also noted that the praise programme was necessitated by the need to show gratitude to God, for faithfully directing the government and protecting the residents.

“We had thought deeply about the wonderful acts of God to us as individuals, as a government and as a people; and came to the humble realization that, we owe Him a huge debt of gratitude we can never fully repay, no matter how we try. What we are doing here today, is just a mark of gratitude from grateful servants.”