Home Entertainment I was born in church, but groomed by the street- Hip Hop Star Blixxy
Entertainment 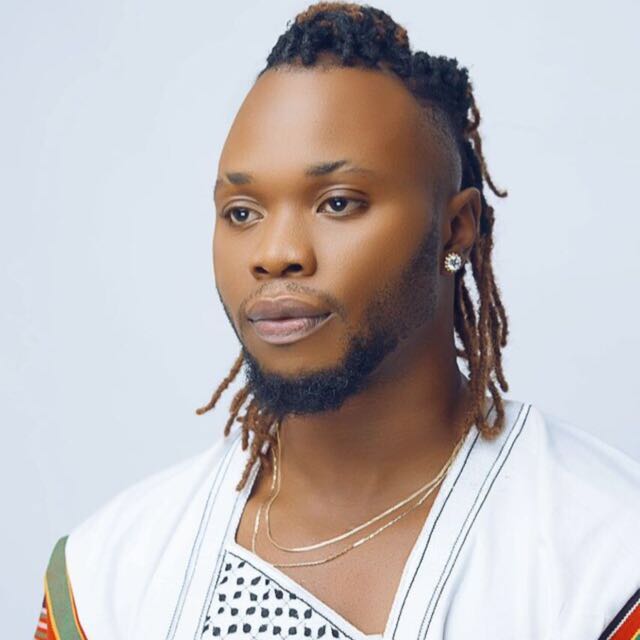 One of Nigeria’s fast rising start, Blixxy had a moment with City People’s Femi Fabunmi, where he talked about his music, his love for Hip hop and his current work. Enjoy

My real names are Okoh Blessed Bliss; my stage name is Blixxy. I am an artiste. I do the Afro-Hip Hop, that’s my style, and then right now it is the Magodo boy in the building.

I have been around doing music professionally  for 2 years now, it has not been easy,I dropped a single way back known as chasing the money, after then I got recognition, that song was an eye-opener for me to actually see how broad the industry can be..After that period I got signed on to M Gang records ,so far I have done about 5 tracks titled Magodo and many more. Since then my fan base has been growing and I give Glory to god.

How did music start for you ?

I used to listen to all kinds of music way back, and I developed interest in it. Let me tell you everything I actually know today music taught me.

Why the choice of Afro Hip Hop?

It is the fusion  and blend  of Afrobeats and Hip hop. Also you will get a feel of Highlife. It is a combination of many genre of music.

Do you have any album yet ?

Not at all , but I have dropped about 5 singles and they are doing well in the market. Right now I’m working on mix tape, my manager wants my music to be on the street I also want my music to be on the street. For now we are making music to seek attention thereafter we can now drop an album.Already, we have started 2017 with Magodo.  Funny enough Magodo was a freestyle song but people started demanding for it,now it is on everybody’s lips.

What is the inspiration behind Magodo ?

Actually Magodo is a place in Lagos, it is an estate, I live in Magodo I am a Magodo boy. I was only driving on the street of Magodo and then the inspiration came that I could do something for Magodo. I looked around nobody is representing my hood, so I decided to rep it. Magodo means struggle, so it means I am going through struggle at the moment.

Is Struggle the real motive behind  the song Magodo ?

Yes o, it is to showcase how people struggle to make ends meet.Despite the fact that the song is titled Magodo we had a ghetto scene in the video. People may be seeing me as a Magodo boy, but I was made on the street.

You titled one of your songs chasing the money, have you finally gotten the money?

……. Laughs, not really, it is a matter of being contended with what you have. Not that I have started making money, but I know with time money will locate us.I am still passing through Magodo (struggling ) but with time money will find us. Baba God will bless the hustle, I was approached to perform at Lagos fiesta last December, I performed in Ikorodu, Bagadry and Lagos Island and it was paid for.

Tell us about your background and how you ventured into music?

Daddy was a lecturer in a theology school; he could afford to feed us 3 times in a day, we were average like that. I come from a family of 8 children, four boys four girls I am the eldest male son and the 2 nd born in the family. I was born in the church and influenced by the street, unfortunately dad is late now may his gentle soul rest in peace. I attended Ambrose Ali University, where I read Business Administration, if I wasn’t doing music I would have been a successful business man. I graduated in 2012 and went into music , I came to Lagos but before then I told my Daddy I was going into music and surprisingly he supported me despite being a clergyman. He only advised I do inspirational and motivational music,no matter how secular my music sound you would still find inspirational content in it.

Who is your role model locally and internationally ?

I already did one with Oritsefemi in a song titled Tomorrow carry belle, a song which gives inspiration and hope to the common man.i would like to feature everybody I mentioned before that is doing good music.

Why did you go for him ?

When I did the song and I was looking for who to be featured everybody that listened mentioned Oritsefemi and that was it.

How many more tracks do you intend to drop before the year runs out ?

I intend dropping about 5 more powerful tracks. Thinking of doing 3 collabos and two singles from me.

How did you come up with the name Blixxy ?

I was christened Bliss by my parent, so you could deduce how blixxy came about, anyways it is derived from my name Bliss.

Tell us about your record label ?

M Gang is like a foundation and I am their frontline artiste doing my best to sell the brand and myself too . M Gang records is growing up and it will go places.

They should expect good inspirational songs from me, soonest I will flood the street with good music, they will be treated to good songs back to  back.

What advice do you have for upcoming artiste ?

They should be focused, original and maintain their style,s the sky will be their limit.

I was born in church, but groomed by the street- Hip Hop Star Blixxy was last modified: March 9th, 2017 by Reporter