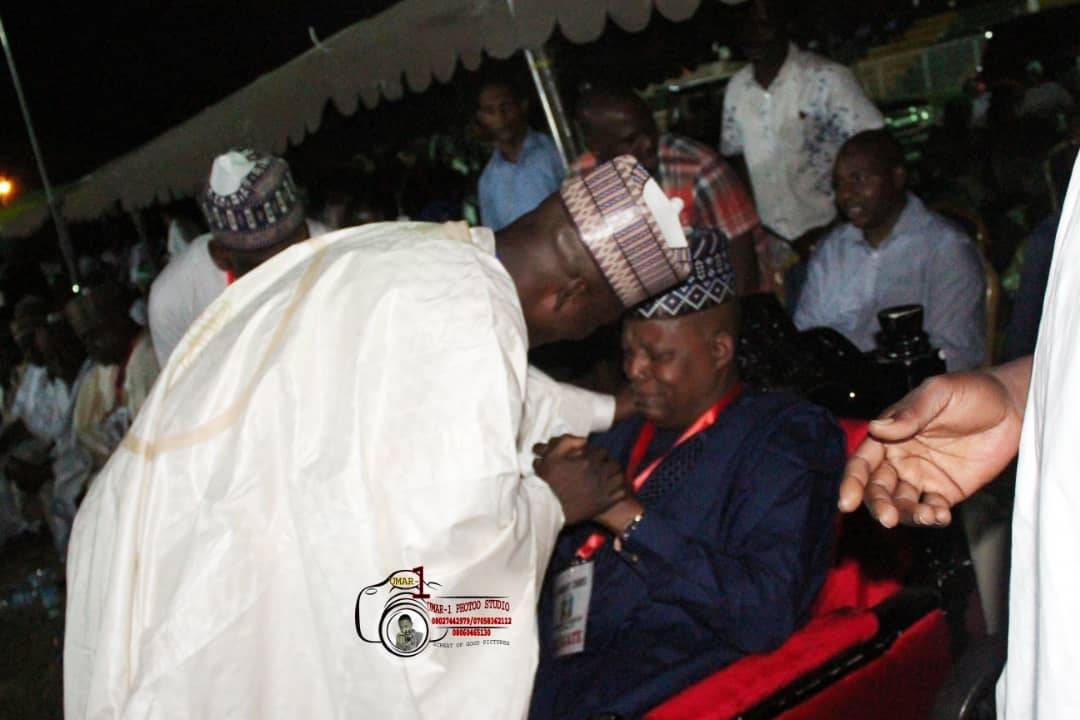 This is the moment the Borno state governor, Kashim Shettima, wept when one of the governorship candidates in the APC primaries, Kaka Shehu Lawan stepped down & enjoined his supporters to vote for the candidate the governor was rooting for. The governor applauded Lawan for putting the state interest before his own. See another photo of the governor weeping below