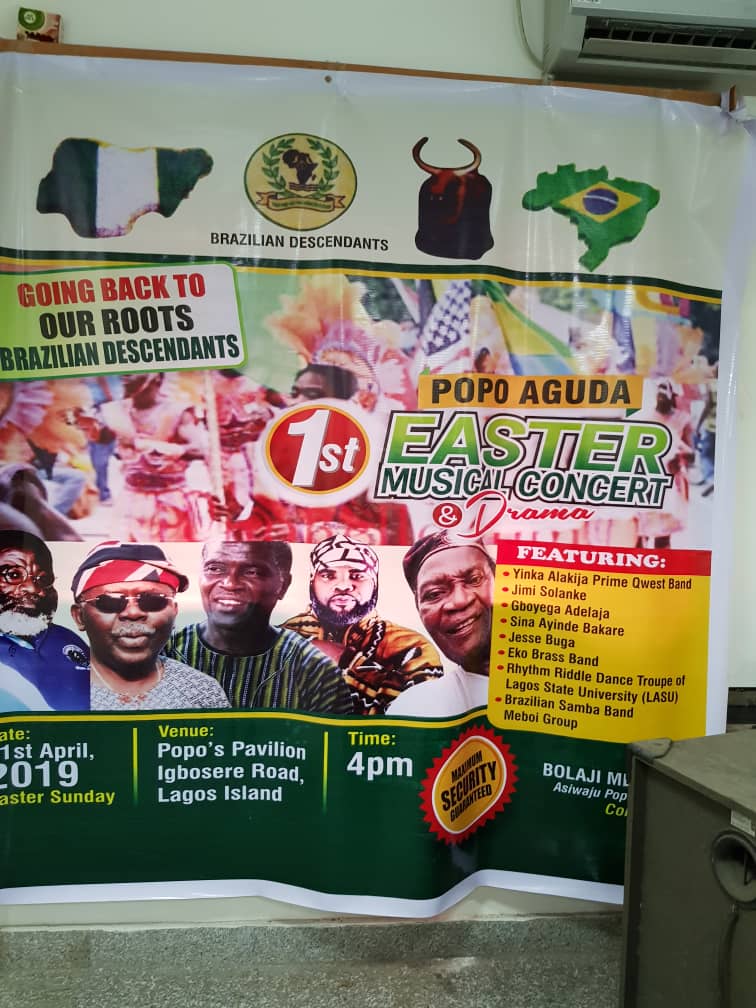 One of Nigeria’s oldest conservatist’ movement, the Brazilian Descendants Arts & Culture Association of Popo Aguda Lagos is set to relive the historical pastime of its heritage and culture in a special way. This is made known by the convener of the association, Bolaji Charles Mendez at a press conference held at the prestigious Yoruba Tennis Club, Lagos Island on Thursday, April 11, 2019.

The event tagged, “GOING BACK TO OUR ROOTS” is fashioned to mirror the cultural value, lifestyle and norms of the Brazillian descents in Nigeria.

“It’s going to be an experience to remember for a long time,” he said.

The event, which is billed to hold at the Popo Pavillion which is stretch of Mobolaji Bank Anthony Street, between Igbosere and Catholic Mission Street, shall feature various cultural and classical activities such as music, drama and cultural display.

“it is our desire to give back joy, relaxation, comradeship and self-fulfillment to the historical community we love so much.

“This is why we are featuring great musicians who are related to our origin and cutting across different age brackets such as veteran Jimi Solanke, Contemporary Yinka Alakija and Prime Quest Band, Gboyega Adelaja, Jesse Buga amongst others”, Mendez added.

The event is set to host tourists from across the world, and thus, there shall be executive sittings and exclusive tables and chairs for guests and other important personalities with the state of the arts comforts with tight security.