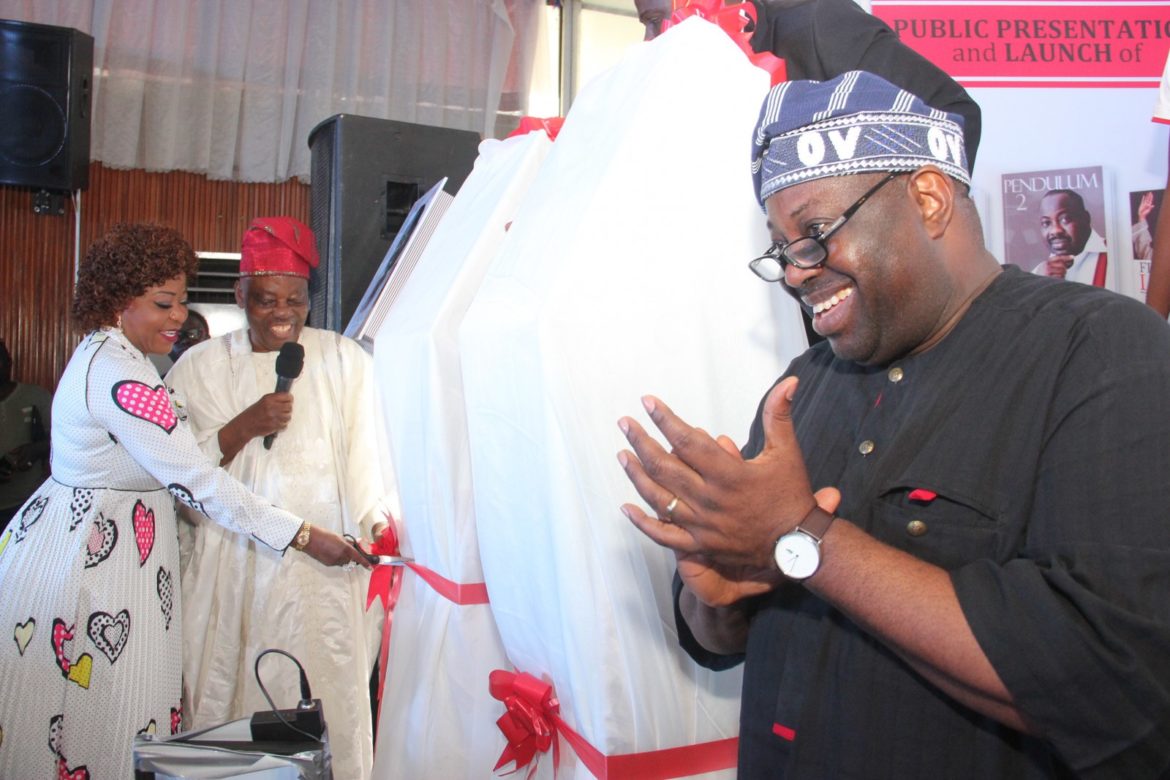 Famously known as an actor, journalist, motivational speaker, publisher, mentor and businessman; the CEO of Ovation International, Bashorun Dele Momodu has now been ordained as a Pastor.

This was revealed by the senior pastor of Latter Rain Assembly, Pastor Tunde Bakare on Wednesday, July 11, 2018, while he was delivering a keynote address at the official launching of Mr Momodu’s books, Pendulum I & II and Fighting Lion which unveiled the untold stories of his presidential campaign and why he lost the 2011 presidential election.

According to Pastor Bakare, Dele Momodu delivered his first sermon as a pastor at the Latter Rain Assembly on Sunday, 8th July, 2018 and he expectedly lived up to expectations with his biblical analysis and presentation of facts.

The wife of the immediate past Ooni of Ife, Olori Ladun Sijuade, astute businessman and billionaire Razaq Okoya, Nigerian high commissioner to the UK, Mrs Modupe Oguntade were amongst the dignitaries present at the book launch.

NO RALLY WOULD BE ALLOWED ANY MORE IN THE STATE – POLICE