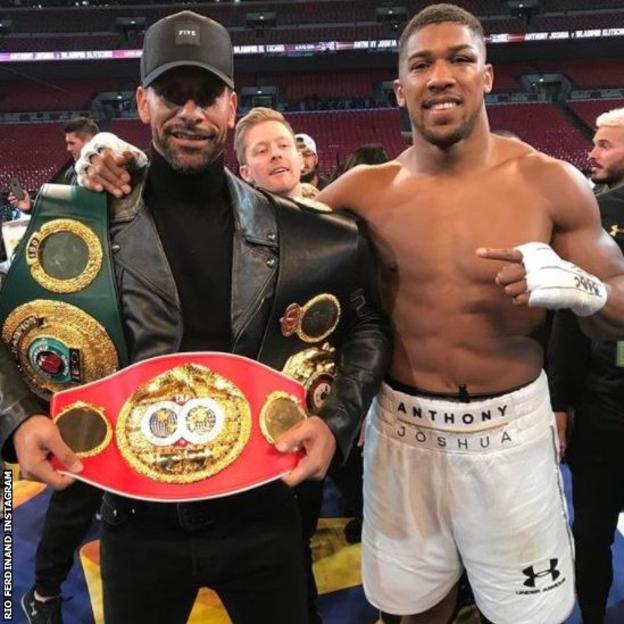 Former Manchester United captain, Rio Ferdinand is launching a new career as a professional boxer, two years after he retired from football.

The 38-year-old England international’s move into the ring is being backed by betting company Betfair, which announced the news on Tuesday.

Ferdinand currently works as a TV pundit and he has his own clothing line.

“I’m doing this because it’s a challenge,” he said. “I’ve won titles and now I’m aiming for a belt.”

He has posted several social media videos in recent months showing him boxing and working with personal trainer Mel Deane.

Ferdinand, who won the Premier League six times and the Champions League once during his time in Manchester, may follow in the footsteps of former Birmingham City midfielder Curtis Woodhouse and former Crystal Palace forward Leon McKenzie, who became professional boxers after quitting football. Woodhouse became British super-lightweight champion.

“When it came up on my Twitter feed that Rio Ferdinand was going to become a professional boxer I thought I’d been hacked,” he said. “It’s not something you read every day, is it?

“I’ve been retired three years myself and one thing I missed – and he’s probably going through himself at the minute – is the competitiveness of being an athlete.

“Once that’s taken away from you it’s very, very difficult to replace it, so that’s probably what he’s chasing – to get that competitiveness back in his life.”