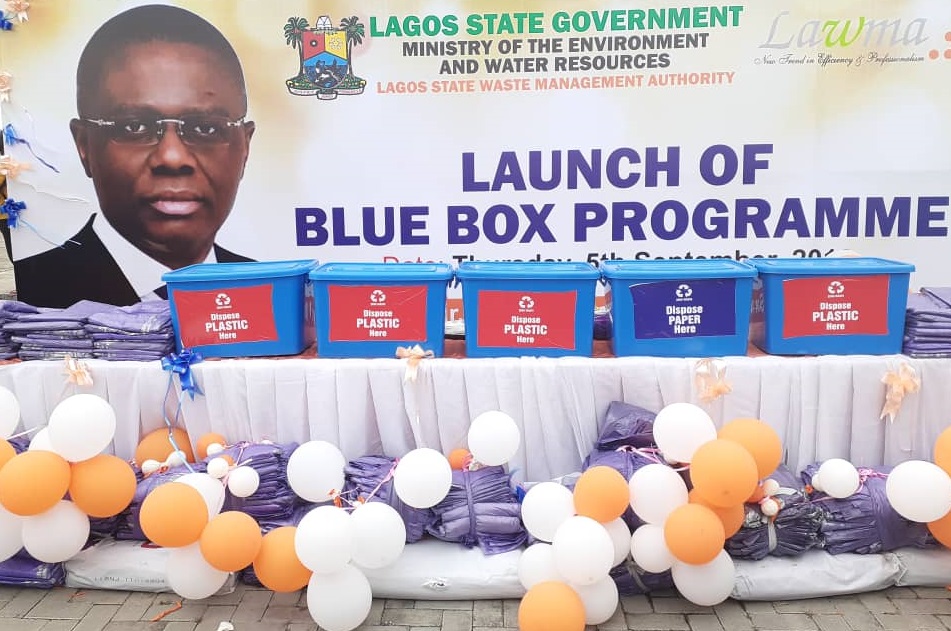 The agency, under the Sanwo Olu-led administration, has in the last three months turned Lagos around in the course of advocacy and orientation of Lagosians, with effective media campaigns, and has been responsive to calls and feedbacks from residents who either offer modalities or register complaints.

The executive Governor, who commended the new administration in LAWMA, emphasized on the need to live a cleaner and greener lifestyle, as the government aims to create a healthier environment for all that live in Lagos. He promised that the state has mapped out various plans to ensure that Lagosians live healthily and also get a reward for promoting healthy living.

The new initiative, Lagos Blue Box Program, according to Mr Tunji Bello, Honorable Commissioner for Environment & Water Resources, is adopted out of the environmental concern, cushioned by the small land size of Lagos state in relation to the alarming population vis-à-vis, waste generation.

He stated that the Blue Box program, which involves a further modernization of our waste management system, is a move in the right direction.

Dr. Olumuyiwa Gbadegesin, the Managing Director/CEO of LAWMA described the Blue Box Program as a single stream recyclable collection program that will encourage separation of recyclable materials from the general waste at the point of generation.

“We are all now aware that, we must keep our waste in containers at home. Now we are advising that we should have two containers- a Black container for waste, and Blue container for recyclables.

Colour-coded bags will be distributed by recyclers and Environmental Volunteer corps who will educate and encourage participation and also collate data on the field. The collected recyclables will be transported to the Community Recycling Centre in that area, for further sorting and sale to off-takers. He added that a reward system will be employed to encourage residents and users to promote sorting rewards.

The wife of the Governor of Lagos State, Dr Mrs Ibijoke Sanwoolu also urged mothers and wives to imbibe the spirit of cleanliness.