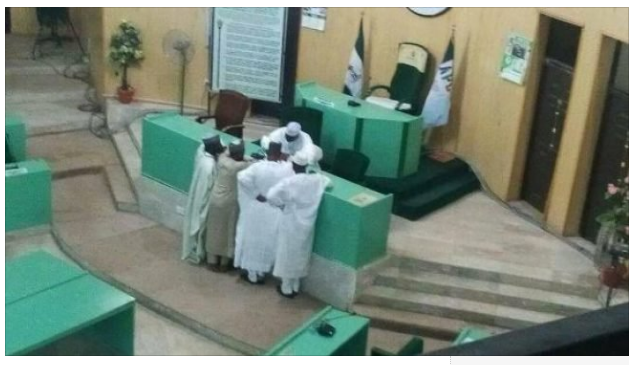 The Kano State House of Assembly has passed the bill for the creation of four additional first class Emirates.

This follows the approval of the amendment of the local government and chieftaincy affairs law by the lawmakers, during their sitting on Wednesday.

The bill, if passed into law, will pave the way for the decentralisation of the Kano Emirate council thereby reducing the number of the emirates under the influence of the sitting Emir of Kano

Abdullahi Ganduje, the state governor has vowed to assent to the bill.

He gave the assurance while speaking to newsmen on Wednesday ahead of the 136th executive council meeting.

SaharaReporters had exclusively reported step by step plans by Ganduje to dethrone the reigning Emir of Kano HRH Sanusi II over a call by Sanusi for free and fair elections in the state.

READ ALSO: PRESIDENT BUHARI SETS UP GOVERNING BOARD FOR NEDC