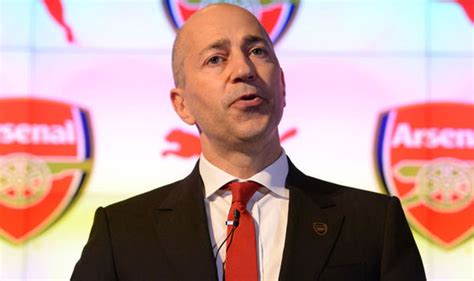 Arsenal need to be “open-minded, brave and bold” in their search to replace Arsene Wenger as manager, says chief executive Ivan Gazidis.

The Frenchman will leave the club at the end of the season, bringing to an end his near 22-year reign as manager.

YOU MAY ALSO LIKE: 2019 POLLS: PDP TO ESTABLISH ‘SHADOW CABINET’

“The most important thing is to make the right appointment – not a quick appointment,” said Gazidis.

BREAKING: Must Be ‘Brave’ In Managerial Hunt – Gazidis was last modified: April 20th, 2018 by Damilare Salami