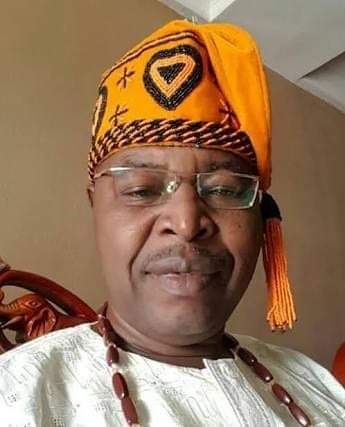 These are sad times for the royal family of Adeusi in Ijounland as the royal father of thethe ancient city passes on. This was made known in the statement released by Hon. Olaifa Jimoh Ibrahim on Tuesday, July 9, 2019.

It is with a heavy heart that I received the news of ascent to the throne of heaven by His Royal Highness, Oba (Hon.) Rasaq Babatunde Adewusi, Onijoun of Ijoun land, Egbado North, Ogun State whom we have accepted the will of Allah over the joining of his ancestors so soon.

Such a personality leaving our land at this moment definitely cannot be an easy feeling but we take solace in the good, impacted and fulfilling life he lived as well as his peaceful tenure as Onijoun of Ijoun land.

Several conversations we had during and after the last general elections till less than two weeks before his final home calling is a testimonial to the fact that late Kaabiyesi was until his demise an active stakeholder in the socio – cultural and political affairs of Yewa North, Ogun West and the memory of his contributions in this regard as well as his committed passion to the progress of Ogun State will continue to linger within us.

On behalf of the good people of Yewa North and Imeko Afon Local government areas, I commiserate with the family, friends, colleagues, particularly the entire kinsmen from Ijoun and I pray that almighty Allah Subhanahu Wa ta’ala grant all of us the fortitude to bear the loss and grant him eternal rest.