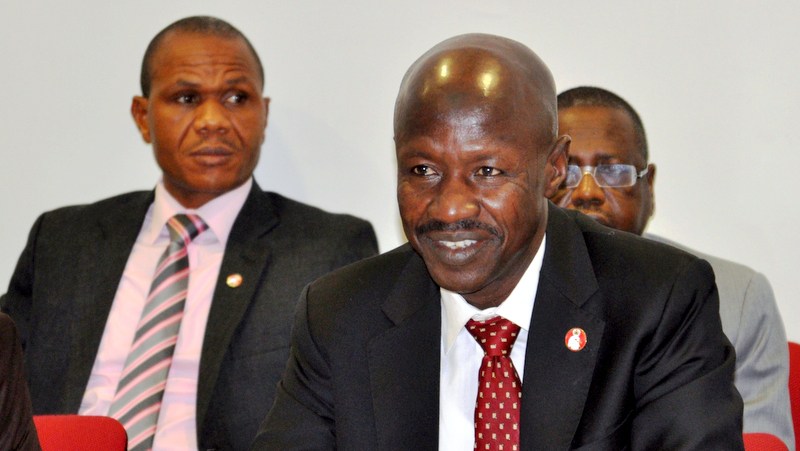 After initial refusal to screen the Acting Chairman of the Economic and Financial Crimes Commission, EFCC, Ibrahim Magu, the senate has finally commenced his confirmation screening.

The ongoing screening is centred around Magu’s life as a law enforcement officer.

President of the Senate, Senator Bukola Saraki had on Tuesday announced during plenary that Magu was scheduled to be screened today.

Recall that President Muhammadu Buhari had nominated Magu as the substantive Chairman of the anti-graft agency.

However, the senate rejected Magu’s nomination, citing a security report from sister agency, the Department of State Services, DSS.

The report had accused Magu of high-handness and alleged involvement in some corrupt practices.

In spite of the indicting report, the President resubmitted Magu’s name for screening in January this year.

In December 2016, spokesperson of the senate, Senator Sabi Abdullahi, had said Magu could still be confirmed as the Chairman of the anti-graft agency only if Buhari explains why they have to.