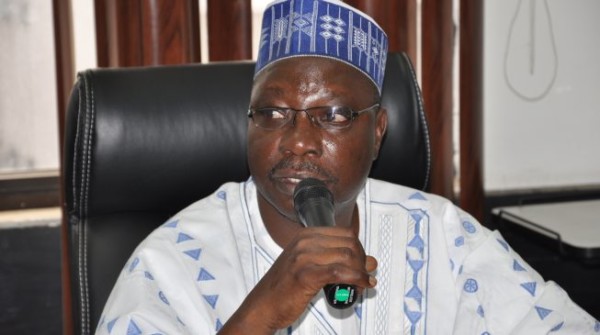 A team of soldiers serving in Talasse town in Balanga local government of Gombe state have finally freed the Senator Joshua Lidani, representing Gombe south, who was held hostage by protesters.

Senator Lidani was forced to take refuge in the residence of the traditional ruler of Talasse after irate youth from the area accosted him.

One witness said they sought to “ask him some questions”.

One of the protesters, who identified himself as a youth leader, told Journalists via the telephone that after the protesters forced the police to retreat to a distance to avoid confrontation, soldiers were called.

“Even the soldiers were at first confronted by the protesters when they arrived and sought to free the Senator,” he said.

He also said sensing danger, the soldiers began to fire indiscriminately into the air forcing the protesters to disperse in different directions.

The youth leader said Mr. Lidani’s car “is still parked where he left it, and I don’t know how he intends to pick it later, unless if he has given it to the emir”.

See our earlier story below:

The senator representing Gombe South, Joshua Lidani, is currently being held hostage by protesters in his constituency.

However, one of the protesters who spoke on phone said Mr. Lidani, a former deputy governor, is currently hiding inside the residence of the traditional ruler of the town.

He said the protesters are asking the senator to come out and “answer some of their questions.”

He said the grouse of the protesters with Mr. Lidani is that “he refused to visit Talasse since his election despite several appeals.”

He also said the senator refused to answer or return calls from the people of his constituency “only for him to sneak in today.”

He said the police were invited to the scene but they had to retreat to a distance to avoid confrontation with the large crowd.

“Apart from those at the emir’s palace, several youth groups have also blocked all other roads the senator may seek to sneak out, not just in Talasse here, but other villages along the road as well,” he said.