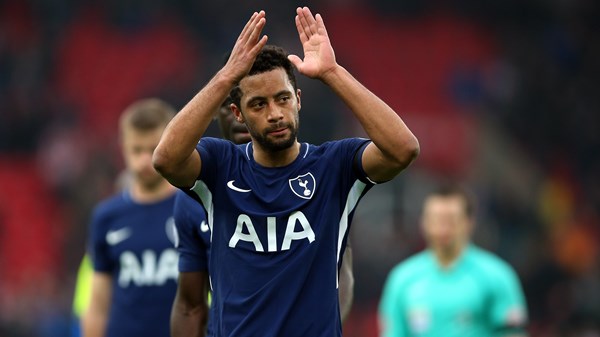 Dembele, 31, was due to be out of contract in the summer and will move for a fee of around £11m.

He had flown to China to join Beijing Guoan but complications with the deal saw Guangzhou move for the Belgium international.

Dembele joined Tottenham from Fulham in 2012 and made 250 appearances but has only played 13 times this season.

Buhari Slumps During During Presidential Campaign In Lokoja (WATCH)