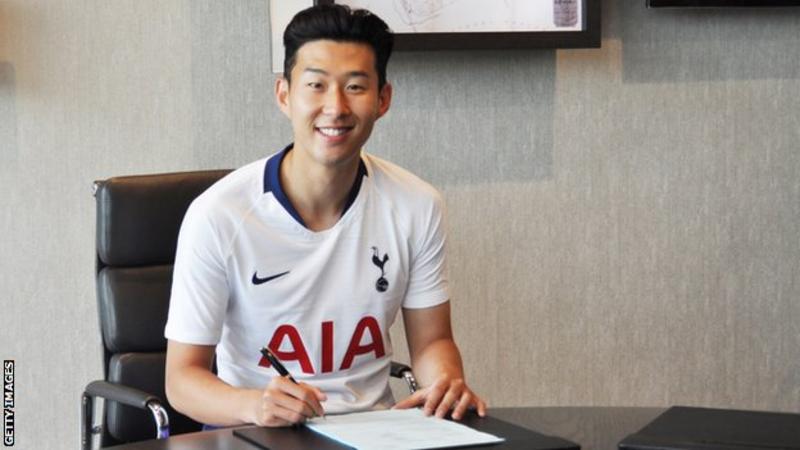 Tottenham forward Son Heung-min has signed a new five-year contract to keep him at the club until 2023.

The South Korea international, 26, agreed a five-year deal when he joined from Bayer Leverkusen in 2015, and has since gone on to score 47 goals in 140 appearances for the London side.

He played in 53 of Spurs’ 55 matches in all competitions last season.

Son scored twice during this summer’s World Cup, including one in South Korea’s shock win over Germany.