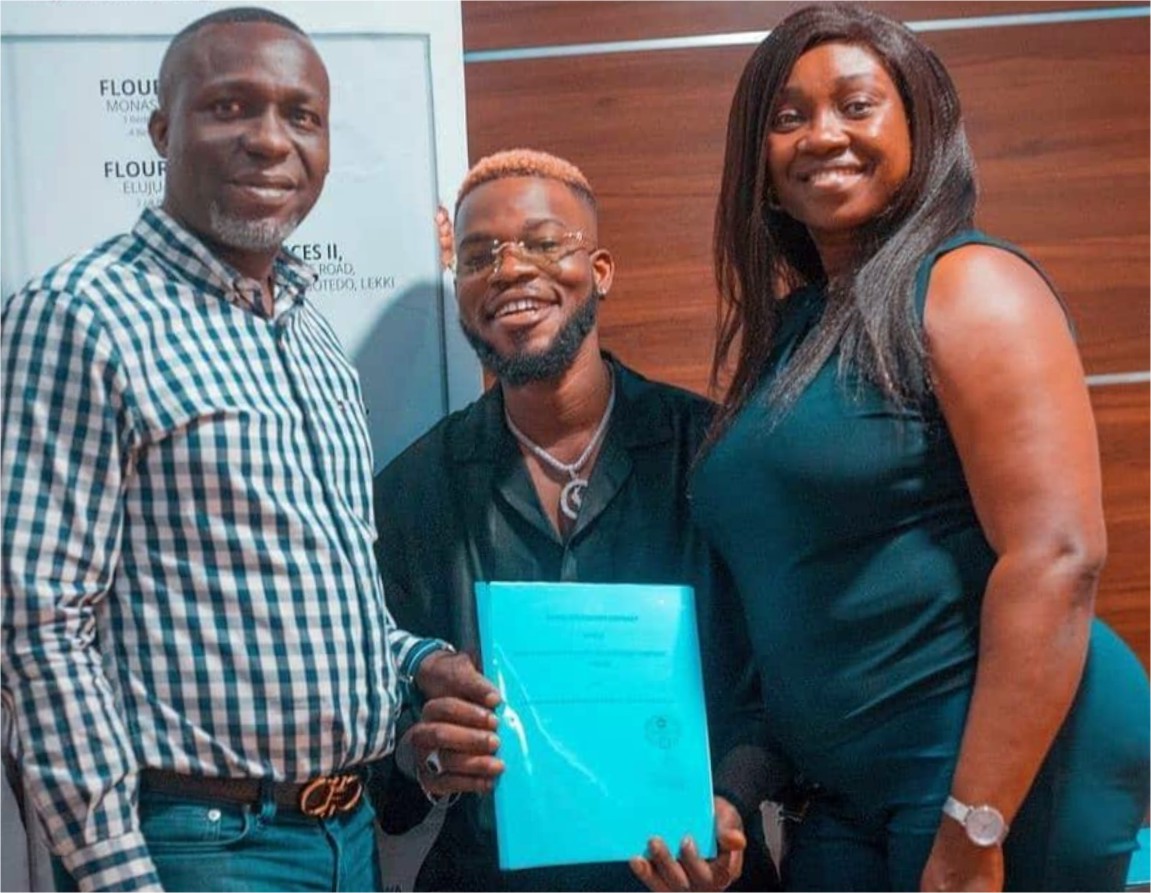 Popular skitter, Broda Shaggi, whose real name is Samuel Perry, has become one of the ambassadors of RevolutionPlus Property Development Company, a Pan-African real estate company. He signed the deal last week at their Lekki Office. The event was a low-key event but had the Managing Director of the company, Dr Bamidele Onalaja and the Executive Director who’s also his wife, Mrs Tolulope Onalaja, in attendance.

Broad Shaggi would have joined the host of other ambassadors of the company in the person of Odunlade Adekola, Toyin Abraham, Testimony Jaga.

Broda Shaggi is a popular Nigerian comedian on social media whose fame has seen him gain the admiration of both fans and celebrities alike on social media.

As a child, Samiel Perry had always had a passion to act drama. He also knew he had the flare to be a comedian. According to him, he was motivated by his late father who taught drama at Mayflower Junior School, Ikenne, Ogun State. Since then, he has acted in many roles and played some characters like Inspector Perry, a policeman; Professor Dele, and Akonni Ibadan. This was before he went with the stage name Broda Shaggi.

Many People Tell Me I Don’t Look...