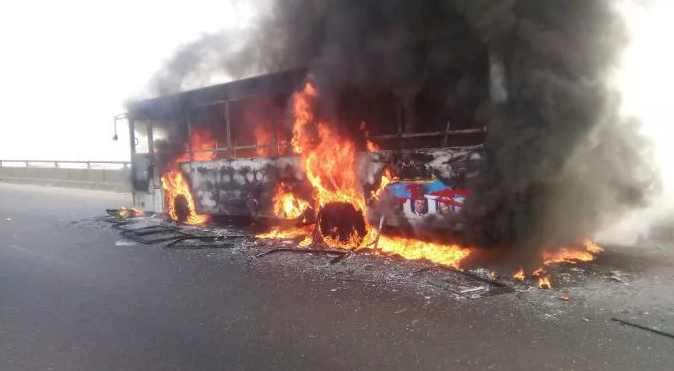 A bus belonging to the LAGBUS scheme of Lagos state was completely burnt in an accident that occurred around the Oworosonki area close to the Third Mainland Bridge in Lagos on Monday, 19 December, 2016, Naij reports

Details are still sketchy about what actually caused the accident but the vehicle was completely burnt with sources saying it resulted in heavy traffic build-up around the third mainland bridge. 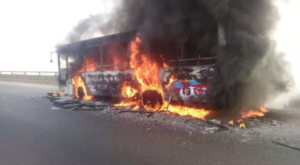 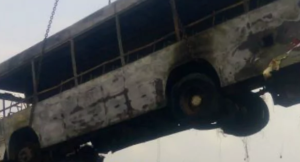