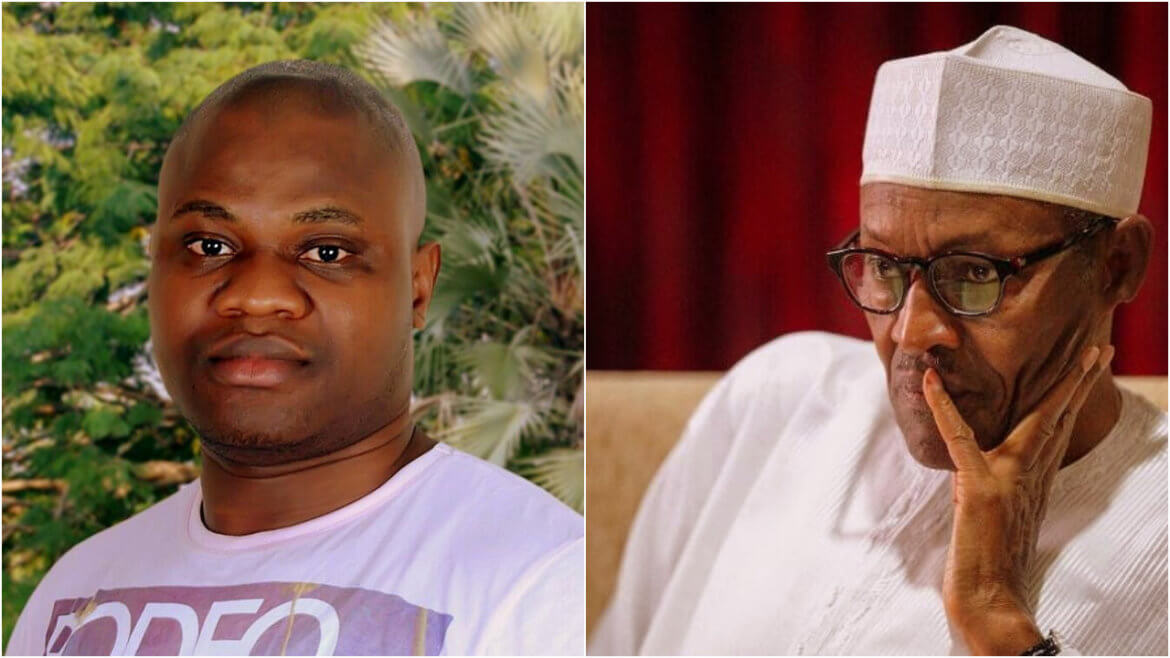 As the four year mandate Nigerians offered President Muhammadu Buhari (PMB) approaches half time, mix reactions are trailing the performance of his administration and the efficiency of his appointees. The robust pre-election crusade that the change agenda would transform Nigeria from wilderness to paradise leaves many wondering why Nigerians should still be drowning in poverty, unemployment and underdevelopment.

The Buhari apologists opines that the stern hardship is the aftereffect of the treasury looting and mismanagement by the Goodluck Jonathan administration. Oppositely, the Jonathan fanatics and opposition parties orates that PMB is incompetent and his cabinet lacks the proficiency needed to revamp the economy, education, health and infrastructure. They further question whether the change PMB promised Nigerians is positive or negative.

Without a doubt, if the All Progressives Congress (APC) change mantra is a saleable product, the producer’s stupendous wealth would be terribly envied by Dangote. However, because the mantra emerged as a strategic political strategy, millions of Nigerians subscribed to it and installed Buhari; after he had failed on three attempts. This failed attempts, past leadership experience, Spartan discipline and his stance against corruption foster the selection of Buhari by the political gladiators that teamed up to establish the APC. Buhari emerged president and it soon became glaring that the political gladiators are indeed strange bedfellows.

The struggle for party control, conflicting interests and the allotment of political portfolios override the speedy kick-off of the implementation of the change agenda. The president was confused on who to work with. Cries for recognition, whispers of suggestions and songs of recommendations almost deafened his ears. Six months after inauguration, PMB released the list of ministerial nominees and the political gladiators began to count their losses. Surprisingly, PMB jettisoned party stalwarts and appointed political inactive persons as the Chief-of-Staff and Secretary to the Government of the Federation (SGF).

One of the most acknowledged election victory determinant, Asiwaju Bola Tinubu, was least patronized by PMB. It then dawn on the widely acclaimed political genius (Tinubu) that his input to the emergence of PMB might be a destiny-shattering political error. Rather than select Tinubu’s nominations, PMB awarded juicy ministerial portfolios to his estranging political godsons – Babatunde Fashola and Kayode Fayemi. Many wondered why? From observers lens, PMB’s nearest and dearest feels Tinubu is best tamed at the start. They cannot risk him dictating the tunes by planting his mafias in strategic government positions like he did during Fashola’s reign as Lagos governor.

Moreover, PMB’s men most likely feel that his accomplishment, authority and reputation as the former Military Governor of Northeastern State (1975) and Borno (1976), former Federal Commissioner of Petroleum (1976-78) and former Military Head of State (1983-85) would be derided should people conceive his administration is indirectly being piloted by Tinubu, a ‘mere’ elected Senator (1993) and former Lagos State Governor (1999-2007).

Most of the political gladiators either continue lobbying or decide to start strategizing for 2019, but Saraki was distinct. He hauled the party arrangement to emerge as Senate President. One must think twice before blaming Saraki for scoring a political own-goal. Being the son of a prominent businessman and politician, Saraki is among the few who aged seeing governing Nigeria as their birthright, hence, he can only be comfortable when he is leading and not being led.

Just when Saraki thought he has successfully allotted himself Nigeria’s third most powerful position, nemesis came knocking. If political hierarchy be considered, attempts to genuinely prosecute or intentionally sledgehammer Saraki cannot proceed without the nod of PMB. Indeed, change is here! Nigeria’s incumbent Senate President is facing false asset declaration charges in court. Most Nigerians never anticipated such! Saraki is on trial and should he be found guilty, unlike Obasanjo, his own episode would be from power to prison. This clearly points out that PMB is not willing to allow patronage undermine the implementation of his change agenda that focus strongly on fighting corruption.

Let’s now shift focus from PMB’s party men to his cabinet. Just when the war against corruption was earning national applauds and international accolades, the Shehu Sani led Senate Ad-hoc Committee on Mounting Humanitarian Crisis in the North-East indicted the Secretary to the Government of the Federation (SGF), Babachir Lawal, for corruption.

Babachir was accused of awarding inflated contracts to firms he has strong stakes in. He was tackled with damning evidence of – awarding N223 million contract for the removal of invasive plant species; receiving deposits totaling N200million into the account of Rhola Vision Engineering Limited (his firm) from the company that was awarded the contract; his non-resignation from Rhola Vision (RV) upon the assumption of public office and; him still being a signatory to RV’s account after he later resigned.

Lest I forget, whoever coined the term ‘invasive plant species’ as an alternative term for ‘grass’ is indeed a genius whose intellectualism is been devoured by political brigands to rob the displaced and vulnerable. A serious deliverance session is needed to navigate his intellectualism back to the path of compassionate public service.

After failing to honor the Senate’s invitation and the public awareness of the damning evidence, many thought the fear of being crushed by PMB’s anti-corruption sledgehammer would make Babachir recoil and tactfully articulate his defense. Rather, Babachir arrogantly dismissed the accusative report and declared that the Senate is “talking balderdash”. Nigerians were shocked at such display of confidence and were anxiously expecting PMB to fumigate his inner circle by suspending the SGF in order to pave way for a transparent probe and prosecution. Disappointingly, PMB failed the litmus test by skillfully absolving the SGF of any wrong doing.

If truth be told, the last time Nigerians were that disappointed was when Yakubu Aiyegbeni failed to score into an empty net at the 2010 World-Cup and when ex-president Jonathan increased the price of fuel (from N65-87) on 1 January, 2012.

PMB derided the anti-corruption war by writing a flimsy excuse to the Senate that the SGF was not granted fair hearing. Please be mindful that a Senate investigative hearing invitation was sent to Babachir and his name was listed among those invited by the Senate in the 2 December, 2016 publication of Daily Trust. Till date, Babachir is still occupying the SGF position in a government that her main qualification is anticorruption. Logically, the long-term patronage between Buhari and Babachir appears to be restricting the President from being decisive. Is patronage undermining change?

PMB has hesitate to change his corruption-tainted appointee(s) while opposing figures (like Reuben Abati, Olisah Metuh and Musiliu Obanikoro) with similar accusation and evidence are being subject to investigation, media trial, incarceration and prosecution. Before sentiment shroud your judgment, please imagine how Babachir’s case would have been handled if he served as SGF under ex-president Jonathan and such weighty evidence of corruption surfaced against him. Besides, If Femi Fani Kayode did not cross-carpet into the PDP and he successfully pilot PMB’s campaign to victory like he hoped to do for Jonathan, can you in good conscience vow that he would be answering corruption cases by now?

Let’s reason straight and retest this oppositely! Please take a moment to imagine the extent at which Rotimi Ameachi would have languished in anguish if GEJ had won the presidential election. Having imagined how miserable Amaechi’s life would have been, may I advise that you never brand a political cabal as a saint and taint the other? It is unfortunate that patronage-deciding-prosecution cut across boards, irrespective of political party.

The recent purported release of former Adamawa Governor, James Ngilari, after being found guilty of corruption and sentenced to five years imprisonment shows the extent at which patronage is fertilizing anarchy and deriding the war against corruption.

On the claim that Ngilari was terribly sick, his comrades cajoled the prison officials to illegally issue a letter recommending that he be released to seek medical attention abroad. In what appears conspiratorial, Justice Nathan Musa ordered Ngilari’s release without confirming the authenticity of the documents presented before him. Within an eye twinkle, Ngilari regained freedom without prison break, state pardon or a favorable appeal judgment. Sadly, other individuals convicted for lesser offences and awaiting trial inmates are dying of minor ailments daily, while Ngilari is been flown abroad for treatment with the public funds he stole. Is prisoner-Ngilari a special being?

Not many individuals are considering the irreparable damage Ngilari’s sleaze is inflicting on the Adamawa masses. A lot of women would have lost their lives to maternal mortality; lack of healthcare facilities would have made many families lose their loved ones to minor diseases; the non-motor-able roads would have consumed the lives of many and; unemployment would have frustrated many youths into crime. Most of this unemployed youths are not even employable because the educational system is rotten from nursery to tertiary. Imagine this horrible happenings befalling the Adamawa natives, and by extension Nigerians, because people like Ngilari have pocketed the commonwealth.

It is indisputable that Ngilari’s comrade won’t have the effrontery to commit such villainy if they don’t have the backing of prominent Nigerians and individuals within the corridors of power. Is patronage undermining change?

For how long will patronage continue to undermine change? Arise Buhari!

* Omoshola Deji is a political and public affairs analyst. He wrote in via moshdeji@yahoo.com

Don’t wait till election is close, get...