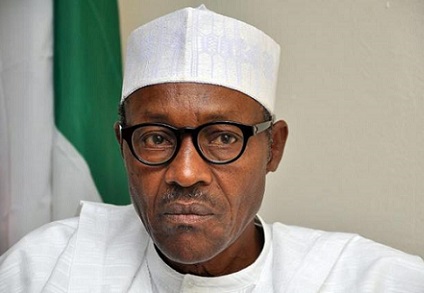 President Muhammadu Buhari says his government is “aware of some mistakes and wrongdoings in handling the affairs of IDPs”.

But he promised that measures to correct those mistakes and punish the culprits were already being taken.

Buhari said this in his New Year message to Nigerians on Saturday — two days after TheCable’s undercover investigation exposing the death of children at IDP camps and the “disappearance” of  foodstuffs at the store of the Borno State Emergency Management Agency (SEMA).

He also expressed optimism that the change Nigerians yearned for, which made them vote this administration to power in 2015, will manifest more in 2017.

He said he was encouraged that his administration was getting things right, and added that the performance would be better, especially in agriculture, in 2017.

“I am encouraged that we are getting things right. The agricultural revolution has begun,” he said.

“Farmers in different parts of the country are experiencing bumper harvests; states are getting into strategic partnership towards attaining self-sufficiency in rice, and the era of over-dependence on oil for foreign exchange revenues is gradually waning.

“I am optimistic that the change we all yearned for in voting this administration to power in 2015 will manifest more and be sustained in different sectors, particularly agriculture, in 2017.

“As you may be aware, our economic recovery and growth plan in 2017 is anchored on optimising the use of local content and empowering local businesses.”

The president assured Nigerians that in the coming year, security would be threatened.

“The federal government will spare no effort in seeing to the resettlement and rehabilitation of the unfortunate victims of terrorism and insurgency. I urge state governments, privileged Nigerians, donor agencies and countries to redouble their contributions towards this goal,” he said.

“Government is aware of some mistakes and wrongdoings in handling the affairs of IDPs. We are taking measures to correct those mistakes and punish the culprits.

“In this New Year, I want to reassure all Nigerians that our defence and security forces are more than ever before ready to perform their constitutional role of protecting lives and property in the country; and we will surely overcome all other forms of security challenges.”

Speaking on the crisis in the Niger Delta, he said: “We will continue to pursue peace initiatives in the Niger Delta as I again call on our brothers in that region who have taken to violent disruptions of economic infrastructure to come to the negotiating table.

“As for our brothers and sisters of the Shia Community, we urge them, too, to embrace peace. They must accept the laws of the country they live in.

“They cannot be islands by themselves. At the same time, the law enforcement agencies must treat them humanely and according to the rule of law.”

Buhari admits ‘mistakes and wrongdoings’ in the handling of IDPs was last modified: January 1st, 2017 by Online Source