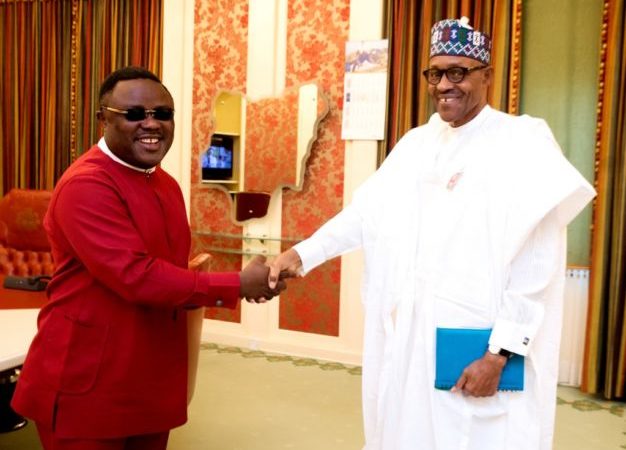 President Muhammadu Buhari on Tuesday met behind closed doors with the Cross River State Governor, Prof. Ben Ayade, in what is believed to be in continuation of talks over the proposed Bakassi Deep Seaport and the 260km superhighway.

The meeting which reportedly lasted about 40minutes was held inside the President’s official residence at the Presidential Villa, Abuja.

Ayade had arrived for the meeting clutching some files and headed straight to the President’s office from where he was driven to the residence.

Since the meeting was held inside the President’s office, the governor did not speak with State House correspondents who did not have access to the venue.

The proposed Bakassi Deep Seaport and the 260km superhighway are estimated to cost about N700bn.

“Even in the face of several challenges and the fear that this project was impossible, the President has kept giving me proper encouragement and I am happy to acknowledge that,” the governor had said during ‎the official visit of the Managing Director of Nigeria Ports Authority.

‎It would be recalled that the Federal government recently gave the state governor the approval to recruit a transaction advisor for the project.

It had also constituted an advisory and implementation committee for the project.