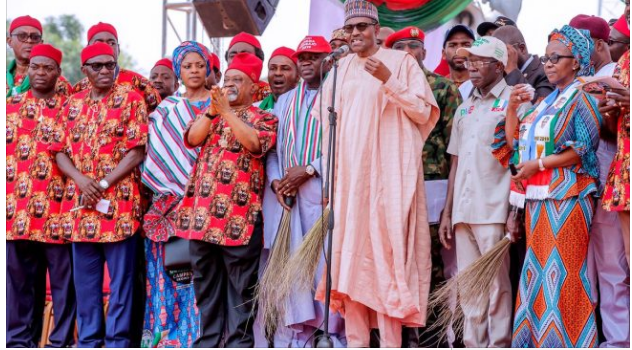 The Federal Executive Council (FEC) meeting scheduled for Thursday, has been cancelled as President Muhammadu Buhari takes his re-election campaign to Ebonyi and Cross River states.

This is the second time that the meeting would be cancelled in two weeks consecutively as the President and Vice President, Yemi Osinbajo intensified their re-election campaign.

In the absence of the president, the vice president presides over the FEC meeting where critical national issues and projects are discussed and approved.

Last week, the president was in Sokoto and Kebbi states for his campaigns, while the vice president was busy with his house to house campaign, thus the meeting could not hold.

When contacted, Presidential Spokesperson, Femi Adesina said there was no rule that says FEC meeting must hold every week.

He said during President Umaru Musa Yar’Adau, the meeting was held bi-weekly.

APC Not Qualified To Field Candidates In Zamfara – INEC