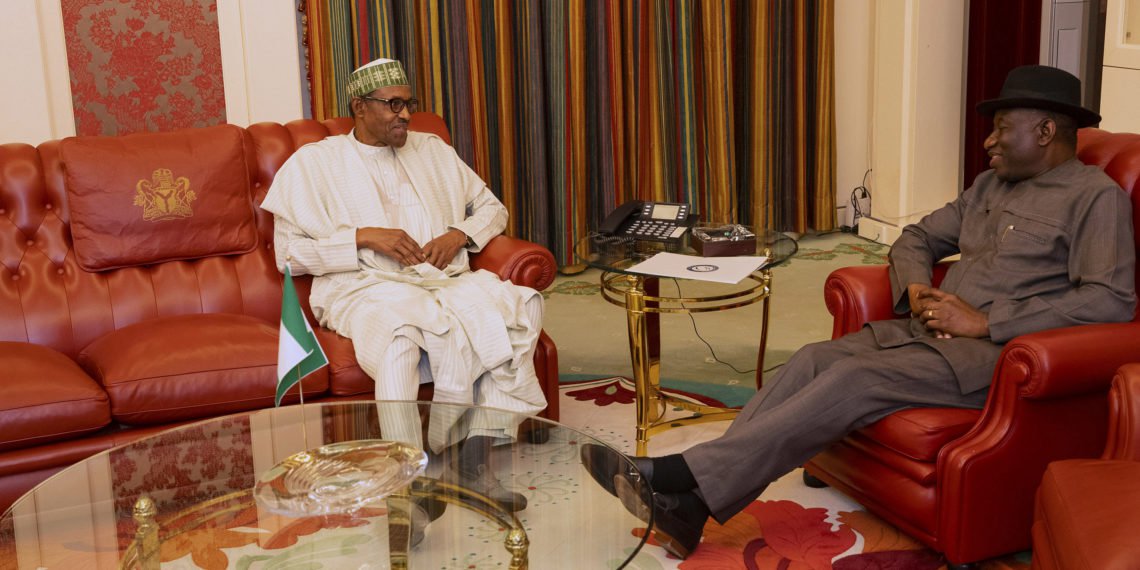 President Muhammadu Buhari on Thursday met behind closed doors with the immediate past President Goodluck Jonathan.

Jonathan had arrived at the forecourt of the State House around 2.58 pm

The meeting, which started at the President’s office around 3 pm, lasted for about 8 minutes.

Jonathan, however, did not speak with journalists on the purpose of his visit when he emerged from the President’s office.

He went straight to his waiting car after exchanging pleasantries with a presidential staff at the forecourt of the State House.

He was coming to the Presidential Villa for the first time under the second term administration of President Buhari.

Under Buhari’s first term, Jonathan had come to the Presidential Villa about twice for private visits.

Before the official announcement of the winner of the 2015 Presidential election by the Independent National Electoral Commission (INEC), Jonathan had called and congratulated Buhari.

Jonathan, who was at the helm of affairs during the 2015 elections, had strongly declared that his ambition of winning the election was not worth spilling of the blood of any Nigerian.

The meeting with Buhari at the Presidential Villa was still in progress at the time of filing this report.