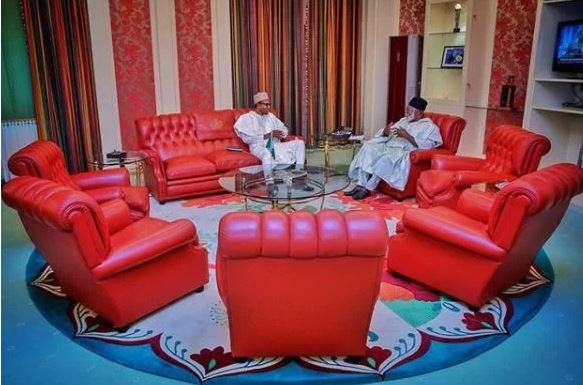 The meeting between the two leaders was held behind closed-door at the Presidential Villa, Abuja.

Buhari’s Personal Assistant on New Media, Ahmad Bashir made the disclosure via his Twitter handle while sharing a video of the former President leaving the Villa.

The agenda of the meeting is, however, unknown at the time of filing this report.