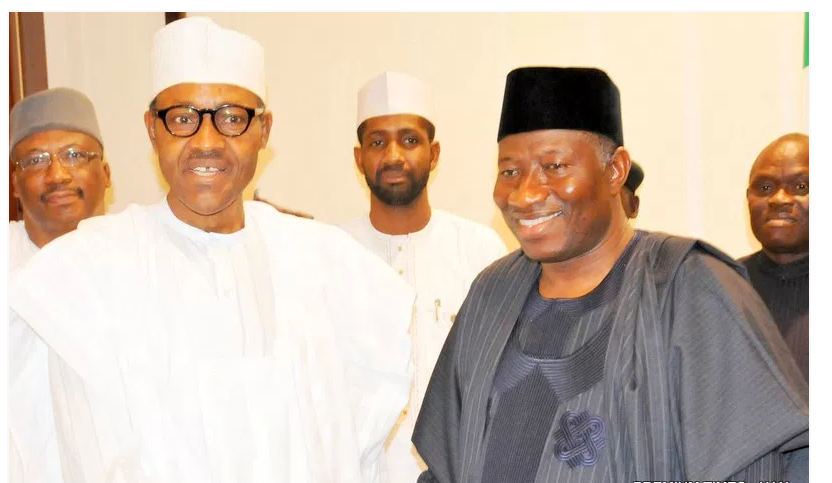 President Muhammadu Buhari is not harassing the family of former President Goodluck Jonathan as alleged by the ex-president, the presidency said on Wednesday.

Femi Adesina, the Special Adviser to the President on Media and Publicity, made this known in a statement issued in Abuja.

Mr. Adesina was responding to a banner headline story in a national newspaper of April 26, entitled: Buhari’s Govt. Harassing my family, says Jonathan

The paper said former President Goodluck Jonathan made the allegation in a new book, “Against The Run of Play”, written by the Chairman of ThisDay Editorial Board, Olusegun Adeniyi.

The former president also reportedly disagreed with the style being used by the administration of President Buhari in fighting corruption.

However, the presidential spokesman dismissed the allegation as untrue, saying that President Buhari only allowed the law to take its course.

“We make bold to state unequivocally that President Buhari harasses nobody; he merely allows the law to take its course.

“Fear belongs only to those who have abused trust while in office. Anybody who feels aggrieved is free to approach the courts to seek redress or justice.’’

According to Mr. Adesina, President Buhari believes in the rule of law and that is why his campaign against corruption is anchored on that plank.

With regard to President Buhari’s anti-graft style, which the former president deprecated, the presidential aide noted that the Buhari-led administration was winning the war against corruption.

He said: “Given the scale of revelations and recoveries so far by the anti-corruption agencies, it is obvious that corruption had an uninhibited course during our recent past.

“For now, President Buhari is resolute and single-minded in the fact that his crusade against graft is not targeted at any individual or group.’’

Mr. Adesina further stated that President Buhari “firmly believes that national interest must always be placed above personal interest, no matter who is involved.”