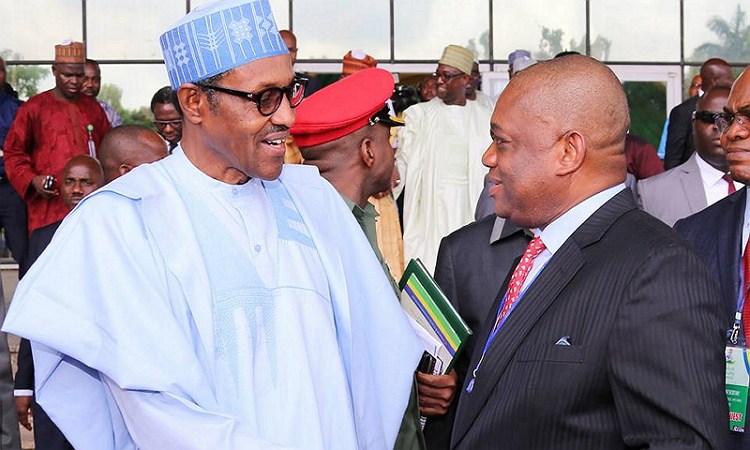 Shehu said the president addressed a mixed crowd across party lines and that campaigning for just the APC would be “insensitive”.

While speaking at the APC presidential rally in Owerri, Imo state capital, Buhari had asked those present to vote for who they want, amid the lingering crisis over the party’s governorship race in the state.

The president’s comment was seen as admitting to the crisis, with Rochas Okorocha, the state governor; and Adams Oshiomhole, APC national chairman, backing two candidates in different parties.

While addressing state house correspondents on Wednesday, Shehu said the president was appreciative of the members of other political parties who were “united” to re-elect him.

He said Buhari’s support for Hope Uzodinma, the APC governorship candidate in the state, is not in doubt.

“While President Buhari is fully behind the APC, he welcomes endorsements from those who do not belong to the ruling party but is also sensitive to their support for non-APC candidates at the local level,” he said.

“It would have been insensitive of him to offend his non-APC supporters by ignoring their local affiliations.

“President Buhari is for the APC in every state and there is no doubt about that, despite the immense cross-party support he is enjoying.”

The president’s comment had prompted Oshiomhole to say the APC is not in alliance with any party in the state.

“We are not in alliance with any other party. Our stance is clear and our sole governorship candidate is Hope Uzodinma,” the APC chairman had said.

Buhari Not “Insensitive” To None APC Members In Imo – Garba Shehu was last modified: January 31st, 2019 by Damilare Salami