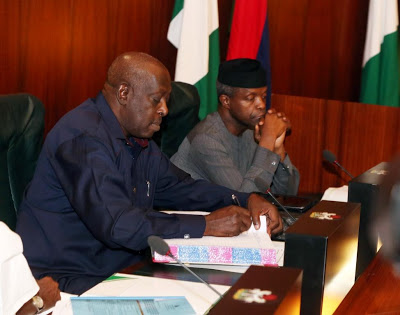 Amidst allegations of fraud and mismanagement of funds meant for IDPs, President Buhari has reportedly removed the Secretary to the Government of the Federation Babachir David Lawal as chairman of the presidential committee on the reconstitution of federal government boards of parastatals, agencies and commissions.

According to DailyTrust President Buhari has appointed Vice President Yemi Osinbajo to take over from Babachir. Recall that the Senate last year called for the immediate resignation and prosecution of Babachir after he was indicted in a contract scam discovered during an investigation carried out by the Senate’s Ad-Hoc Committee on Mounting Humanitarian Crisis in the North East

Buhari removes SGF as Chairman of Presidential Board committee? was last modified: January 3rd, 2017 by Reporter

50 Top Politicians Who Will Miss Sen...